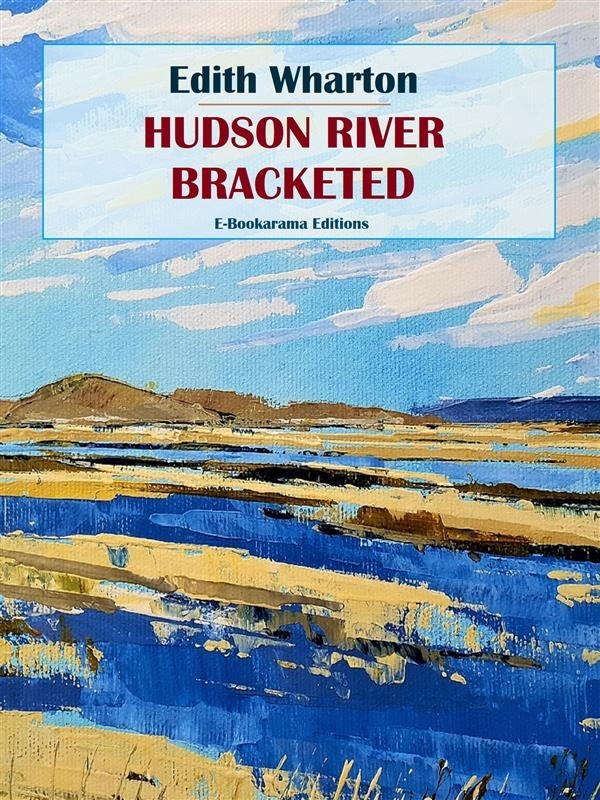 First published in 1929, "Hudson River Bracketed" tells a fascinating tale set  in the 1920s.
"Hudson River Bracketed" features two strong protagonists - Vance Weston and Halo Spear. The former is an under educated young man who arrives in New York with a keen desire to write. Halo Spear is a brilliant, accomplished young woman who introduces Vance to literature and they form a deep bond, which flourishes and endures despite the hardships of Vance's life, the disappointments of Halo's - and their respective marriages.

Readers and critics have very divided views about "Hudson River Bracketed".  Some find it a brilliant fictional evocation of Wharton's view of a woman's journey toward independence, whereas others find it a shrill harangue against literary modernism.  Some see Halo as the true hero of the novel, with Vance another version of Wharton's "negative hero," while others see the portrayals of Halo and Vance as evidence of Wharton's failing artistic and narrative powers.  Whatever the view, "Hudson River Bracketed" is animated with the vitality of the changing ideas of gender roles, literature, and the artistic process that made the 1920s such a significant, complex and intriguing era.

Before she had finished writing the novel, Edith Wharton determined that she would continue and complete its tale in "The Gods Arrive", a sequel that she published in 1932.  Indeed, Wharton listed these two novels among the top five that, in her view, represented the best work of her lifetime.   Along with "The Gods Arrive", "Hudson River Bracketed" is a kunstlerromane that contains a complicated examination of the artistic process, literary modernism, publishing issues, literary prizes, and the complex relationships among men and women as they fall in love and challenge traditional assumptions about wedlock, divorce, and pregnancy.