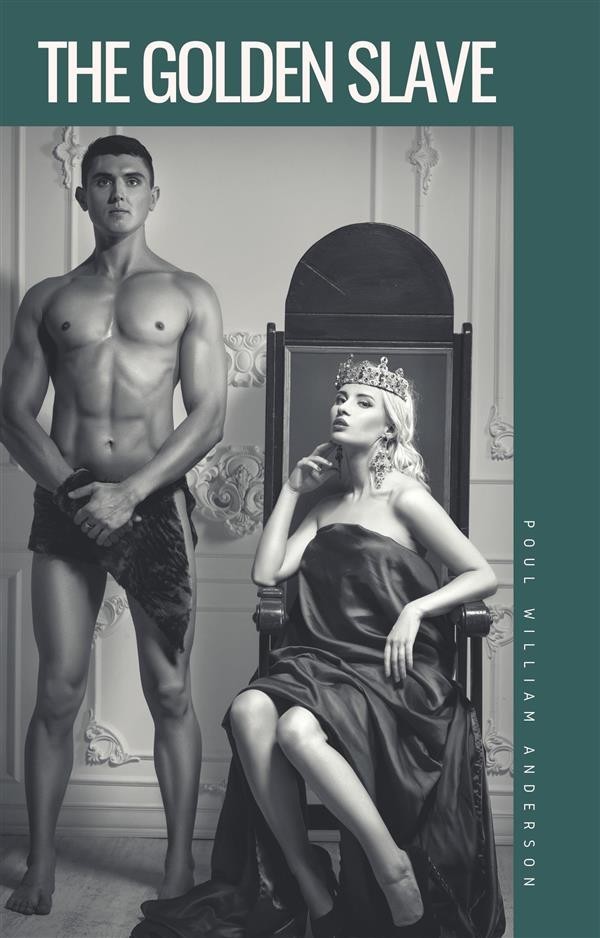 The Golden Slave is a fantasy novel by Poul Anderson.
100 B.C. – The Cimbrian hordes galloped across the dawn of history and clashed in screaming battle against the mighty Roman legions.
Led by their chief, Boierik, and his son, Eodan, the hungry and homeless pagan tribes hurled back the Romans time after time in their desperate search for land. But for all the burning towns, the new-caught women weeping, the wine drunk, the gold lifted, the Cimbri did not find a home.
And now it was over. At Vercellae the Roman armies shattered them completely. Only a few survived—and for them death would have been more merciful. Eodan, the proud young chieftain, had been caught and sold into slavery, his infant son murdered and his beautiful wife, Hwicca, taken as a concubine.
But whips and slave chains could not break the spirit of this fiery pagan giant who fought, seduced and connived his way to a perilous freedom to rescue the woman he loved.