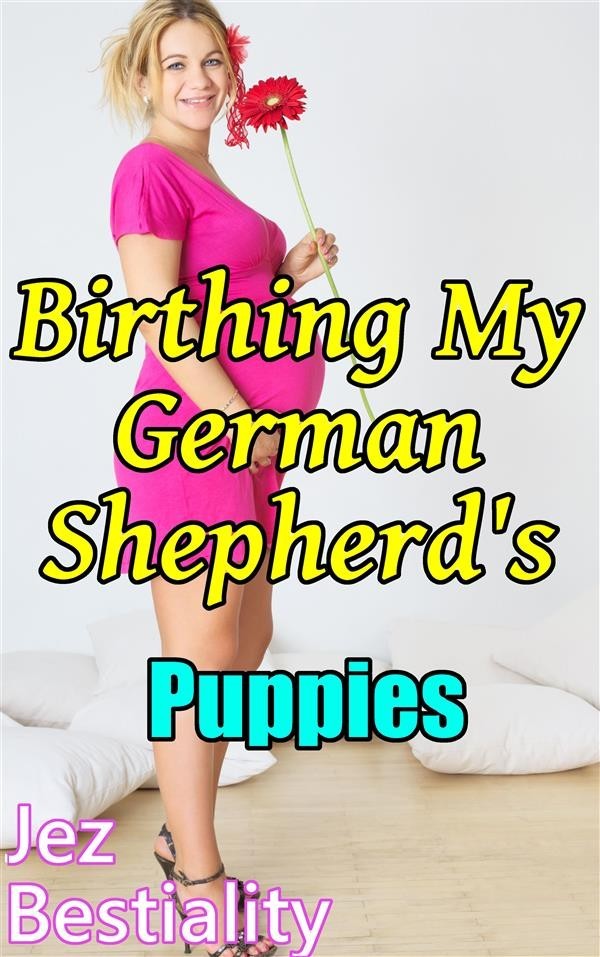 I was baby crazy. Now that I was 18, I wanted my own baby so bad I’d do anything. So when my best friend, Susan, found a magical elixir that would let me fulfill my motherly dreams, I jumped at the chance.

Even if the father would be my large black-and-tan German Shepherd, Max.

*** This is a good, hard, filthy dog-fucking story with birthing elements at the end. Enjoy!

For the longest time I'd been wanting to get pregnant. I'd always dreamed of finding a man who would give me tons of babies. But finding that man has been rather...challenging. To say the least.

I've now found a solution to that problem.

My friend, Susan, stumbled across something on the dark web the other day that would undoubtedly change my life - forever!

It was an elixir that had been specifically modified to allow a woman to get pregnant - with a dog's puppies.

I couldn't believe it! Max, my black-and-tan German Shepherd was literally my best friend. If I could somehow, someway get preggers with Max's puppies, I could die happy!

I danced around the room excitedly and waited all day right next to the front door until the package arrived. I dreamed of all the things I wanted to do with my new puppy babies. How was I going to tell my friends and family? Didn't have a clue, but they weren't the ones who were baby crazy, either. They could stuff it. It was my life and now that I was 18, I could do whatever I wanted with it.

The only question now - other than would it actually work - was how to go about seducing my dog? Was that the right word? Was that what I was doing?

Of course back then I didn't pay it any attention.

I timed the arrival of the potion in such a way that I was free from any obligations.

Once the bottle arrived, I read the instructions very, very carefully. If this worked - and I had no doubt that it would - this would be the answer to all my prayers.

"Come on, boy..." I patted the bed and closed the door behind the silly dog. It was I who was feeling rather silly after lighting all the candles in the room and making the bed just so I could...what - fornicate with my dog? My heart thundered in my chest as Max accepted my unusual invitation to hop up on the bed. He thumped his tail against the sheets and looked up at me expectantly.

"Now, I know you're probably not going to understand this, boy, but mama's wanted a baby for so long and..." I gulped and licked my lips. "This potion that I found will...uh...help make that happen." I rubbed his head and scratched behind the ears just as I knew he liked it. I'd given what I was about to do a lot of thought and the more I thought about it, the more I looked forward to feeling Max's large cock filling me up. I wanted him to dominate me and inseminate me with his potent seed.

I gulped and quaffed the potion. The instructions said it would take effect instantly and sure enough, I immediately became a bit light-headed. A moment later, I could feel the familiar effects of my cycle as my body instantly became fertile. Just like a female bitch, I was in heat. And with a little help from the potion, I could now conceive - and carry - any dog's pups. It wasn't a baby, but a bundle full of German Shepherd pups would just have to do. Hopefully that would scratch my baby itch.