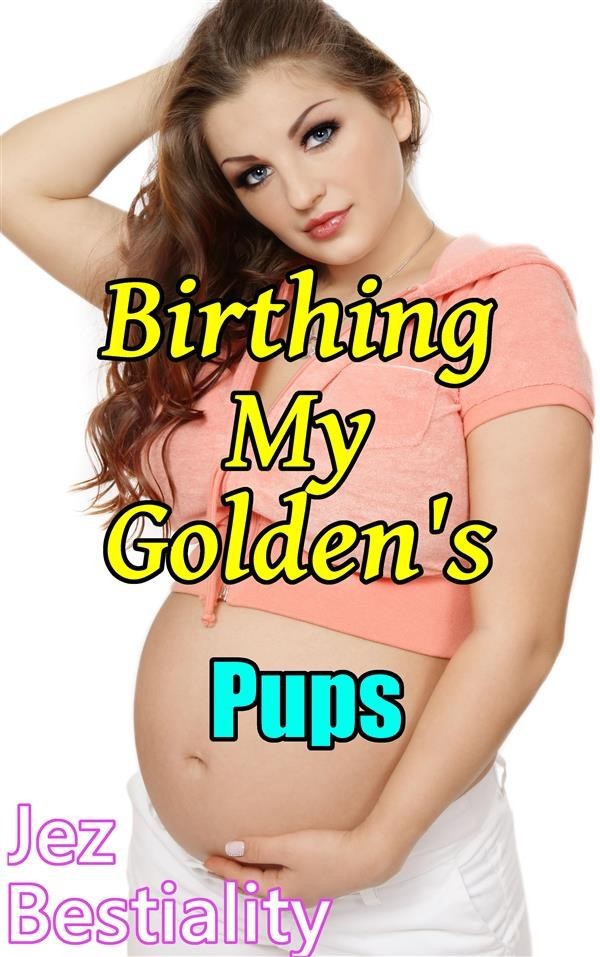 
What would it be like to give birth to puppies? I’d always wondered. Of course this was a forbidden thought as even if I could have a belly full of fur-babies, I’d have to…you know, with a dog.

It wasn’t until my best friend showed me a secret website, buried deep in the dark web did that impossible fantasy suddenly become a forbidden reality.

But first, I’d have to…fornicate with a dog.

I'd never been so excited before. My sister had sent me a link to the dark web claiming that women could give birth to their dogs' puppies. At first, I had dismissed it as fanciful bullshit, but the more I looked into it, the more I realized that it might actually be true. One of the women testimonials for the product had left her contact number for anyone who wanted concrete proof that a woman could carry and birth puppies.

I had always wondered what it would be like to have a baby, but guys repulsed me. I don't know why, but I could not stand the thought of mating with a guy. Sorry, I just couldn't. But Goldie? My best buddy in all the universe? Yeah, I could see that. And it would most definitely fulfill those motherly instincts - without the man.

I decided to call the lady up and visit her. I was making no commitment, I just wanted to see for myself - before shelling out hundreds of dollars - that this was real and not some made-up bullshit.

When I arrived at Jennifer's house, I was amazed at what I saw. She had 8! Yes, 8! Little lab puppies running around the house. They didn't look like freaks and when I petted one I couldn't see anything abnormal about it.

But what struck me the most was that her "husband," the sire of her puppies, was a loving, doting father. It was almost as if he understood what was going on. They cuddled on the couch as their pups played in the house. It was such a beautiful scene and one that I instantly knew I wanted for myself.

The three of us talked for a good couple hours. I found out that she'd been in a loving relationship with Jax, her black Labrador, for quite some time before she found out she could actually carry Jax's babies. Like me, she had always wanted babies, but not with a man. She loved Jax and wanted a closer bond. Unlike me, however, she didn't have anyone to discuss this sensitive issue with. But it was a strong enough urge that she jumped right in, head first.