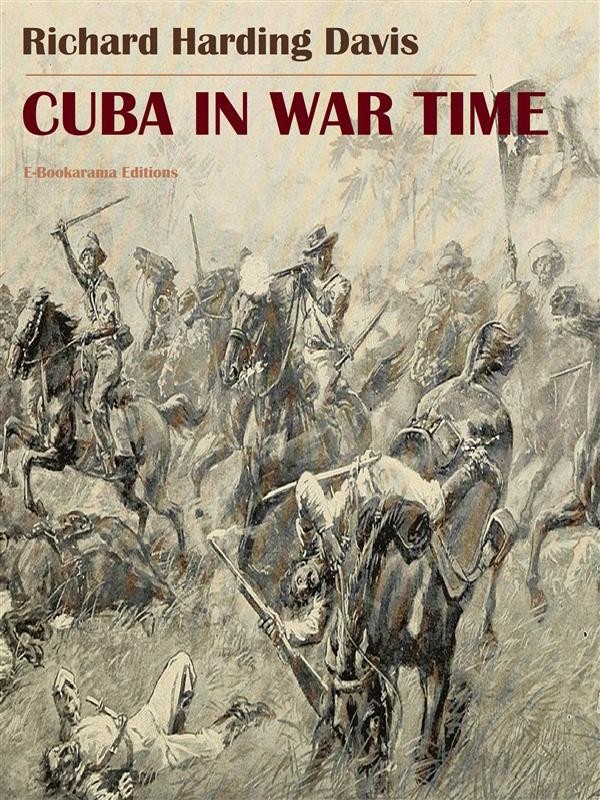 In 1896, before the start of the Spanish-American War, newspaper mogul William Randolph Hearst, owner of the New York Journal, sent star reporter Richard Harding Davis and acclaimed illustrator Frederic Remington to Cuba to cover the guerilla war in Cuba. Remington grew restless at his post and assured his employer that nothing newsworthy was likely to occur; Hearst reputedly replied, "Please remain. You furnish the pictures and I'll furnish the war."
This controversial 1897 book, "Cuba in War Time", played an integral part in the United States' involvement in the conflict. Richard Harding Davis was among the most famous and widely read journalists of his era. His sensational reports, which combined a sense of adventure with a highly personal perspective, anticipated the more literary journalism of later decades. Davis's accounts of Spanish atrocities and misconduct helped pave the way for a war that led to the establishment of American colonies in the Caribbean and Pacific.