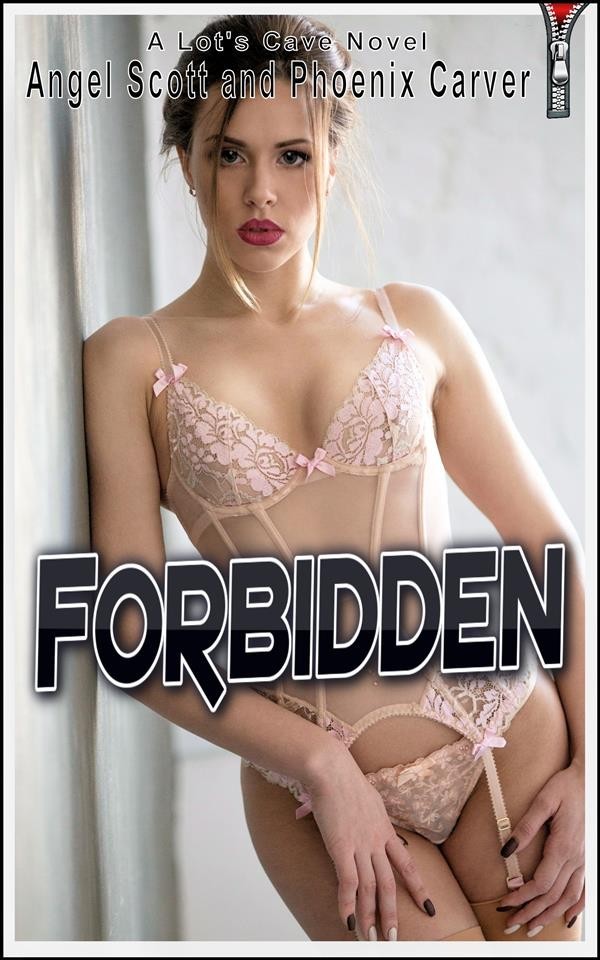 EXCERPT:
“Fuck, yes!” she groaned, moving the toy down to ease it into her dripping slit. Despite her best efforts to forget Tatum, she couldn’t help but imagine what it would feel like to have him fucking her, the thought causing her to climax almost instantly.

“Oh my God, Tatum,” she groaned as she bucked her hips, shoving the toy deep inside herself, wishing it was her stepbrother’s dick buried inside of her instead.

Tatum stopped as he passed Stacey’s door, the sound of his name muffled through the thin walls causing him to pause. He listened intently, hearing the distinct sounds of low moans coming from behind his stepsister’s door. Feeling his heart skip a beat, he moved closer, wondering if she was okay. She had hit the side of the island really hard. She could be experiencing nausea, maybe even dizzy spells, and fainting. All the different things that could be wrong behind her door danced in his head.

He reached out for the doorknob but paused. She had been really angry with him the last time he had barged into her room. But what if she had passed out, hit her head? He should check on her, if only for his own peace of mind.

Tatum froze, the sound of Stacey’s voice uttering those words sending shockwaves through his body. The moaning behind her door suddenly made perfect sense.

He smiled as he slowly closed the door, a deliciously devious plan forming inside his mind. He wanted her, but he wanted her begging him to fuck her, to possess her, to drive her completely insane with desire. And he knew just how to do it.