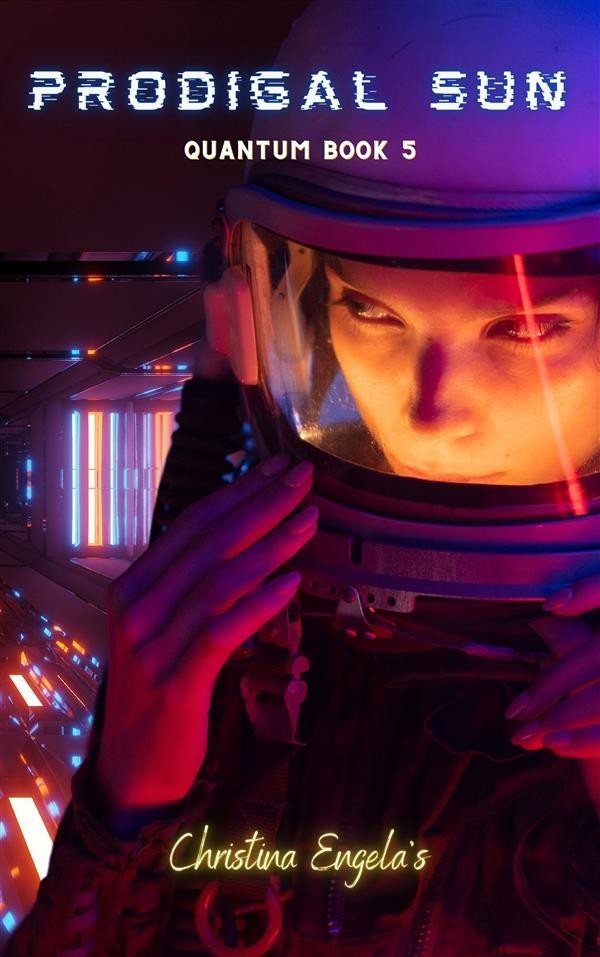 Sheriff Peggy-Ann Muller suddenly found herself hip-deep in strange events - even stranger than usual... and skinheads too - did she mention the skinheads?

Something had stirred in the darkness on the remote, usually idyllic Terran colony of Deanna - something Nazi And it only seemed to be getting worse!

Nobody could say when it started, or how, but something had changed. Without being noticed, hate had come to Deanna and made a nest there... and a terrible plot was about to hatch!

The quirky residents of the third-rate colony faced a challenge unlike any they had seen before. Was there still time to stop it? Only Time would tell if they were up for it.

"Prodigal Sun" is the fifth title in the Quantum Series by Christina Engela.

"Engelas eye for the quirky humor of even the darkest situations sets her writing apart from the masses. Her fiction combines oddball humor in the tradition of writers like Terry Pratchett and Douglas Adams, with the best of traditional science fiction." Sarah Rutledge Fischer, Focus Mid-South Magazine

"Engela's latest work is packed with humour, challenging ideas, and science-fiction on a grand scale. It transports readers to a truly original world, filled with bizarre and memorable characters. It tackles social issues while reading like a Terry Pratchett, with some western and sci-fi elements to boot." Matthew 'Sand-Storm' Fick.

"Fun, quirky and most probably the strongest of the Quantum series! Christina Engela has a unique way of telling a story that has lots going on without making it seem confusing or cluttered. Having read all of the previous books in her Quantum series this one carves a unique but powerful path that faces many issues without any fear. 5 Stars." - Lee Hall, UK writer & reviewer.