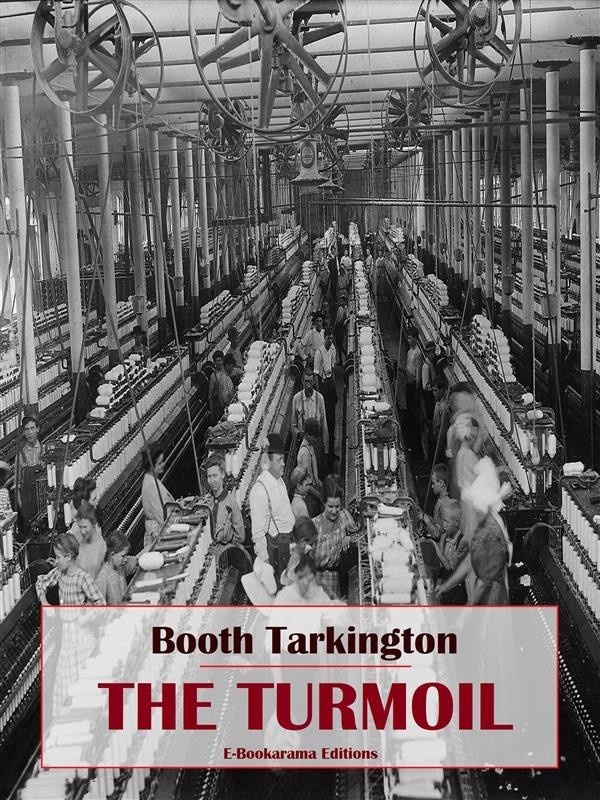 First published in 1914, "The Turmoil" is the first novel from Booth Tarkington's 'Growth' trilogy, which is a fictional commentary on capitalism during the Second Industrial Revolution.

While Booth Tarkington's 'Growth Trilogy', which also includes "The Magnificent Ambersons" (1918) and "The Midlander" (1923, retitled National Avenue in 1927), appears on the surface to be about family, it is actually more about the economic changes that were occurring in America during the Second Industrial Revolution and how these changes impacted Midwesterners.
"The Turmoil" is the first book in this series that is best known for its Pulitzer Prize winning second novel, "The Magnificent Ambersons", which was later adapted into a film by Orson Welles.

"The Turmoil" is set in a small, quiet city--never named but closely resembling the author’s hometown of Indianapolis--that is quickly being transformed into a bustling, money-making nest of competitors more or less overrun by “the worshippers of Bigness.”
"The Turmoil", the first great success of his career, tells the intertwined stories of two families: the Sheridans, whose integrity wanes as their wealth increases, and the Vertrees, who remain noble but impoverished. Linked by the romance between a Sheridan son and a Vertrees daughter, the story of the two families provides a dramatic view of what America was like on the verge of a new order.