The Beetle: A Mystery 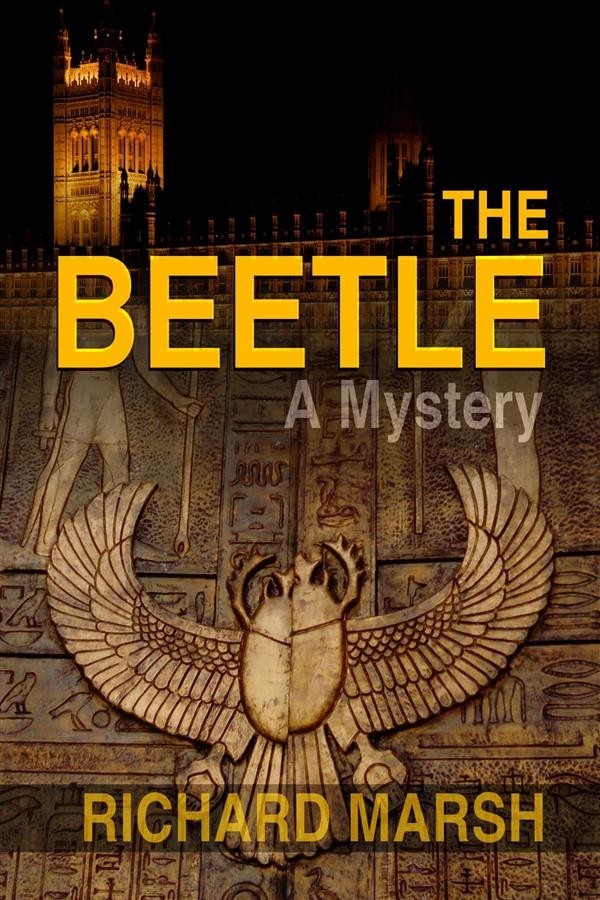 The Beetle: A Mystery

Three Days of Terror in 1800's London, as a goddess entity from Ancient Egypt arrives to take her revenge.
"The Beetle: A Mystery" is an 1897 horror novel by the popular British writer Richard Marsh. A polymorphous Ancient Egyptian entity seeks revenge on a British Member of Parliament.
It initially out-sold Bram Stoker's similar horror story Dracula, which appeared the same year.
The story is told from four points of view, which generally flow from each other with limited scene repetition. In order, the four narrators are Robert Holt, Sydney Atherton, Marjorie Lindon, and Augustus Champnell.
The story is written down as elaborate testimonies gathered by Champnell, who is a detective and who, despite only appearing during his own narration, provides the context of the antagonists' motives and the wrap-up of how the rest of the cast fared after the adventure.
The events described are insinuated to be based on fact and several names used in the novel are supposedly altered to protect the identities of those involved. The year is not given, but everything takes place over a three-day period around 2 June on a Friday.
Excerpt:
What it was that was with me I could not tell; I could not even guess. It was as though something in my mental organisation had been stricken by a sudden paralysis. It may seem childish to use such language; but I was overwrought, played out; physically speaking, at my last counter; and, in an instant, without the slightest warning, I was conscious of a very curious sensation, the like of which I had never felt before, and the like of which I pray that I never may feel again,—a sensation of panic fear. I remained rooted to the spot on which I stood, not daring to move, fearing to draw my breath. I felt that the presence with me in the room was something strange, something evil.
I do not know how long I stood there, spell-bound, but certainly for some considerable space of time. By degrees, as nothing moved, nothing was seen, nothing was heard, and nothing happened, I made an effort to better play the man. I knew that, at the moment, I played the cur. And endeavoured to ask myself of what it was I was afraid. I was shivering at my own imaginings. What could be in the room, to have suffered me to open the window and to enter unopposed? Whatever it was, was surely to the full as great a coward as I was, or why permit, unchecked, my burglarious entry. Since I had been allowed to enter, the probability was that I should be at liberty to retreat,—and I was sensible of a much keener desire to retreat than I had ever had to enter.
I had to put the greatest amount of pressure upon myself before I could summon up sufficient courage to enable me to even turn my head upon my shoulders,—and the moment I did so I turned it back again. What constrained me, to save my soul I could not have said,—but I was constrained. My heart was palpitating in my bosom; I could hear it beat. I was trembling so that I could scarcely stand. I was overwhelmed by a fresh flood of terror. I stared in front of me with eyes in which, had it been light, would have been seen the frenzy of unreasoning fear. My ears were strained so that I listened with an acuteness of tension which was painful...
Scroll Up and Get Your Copy Now.