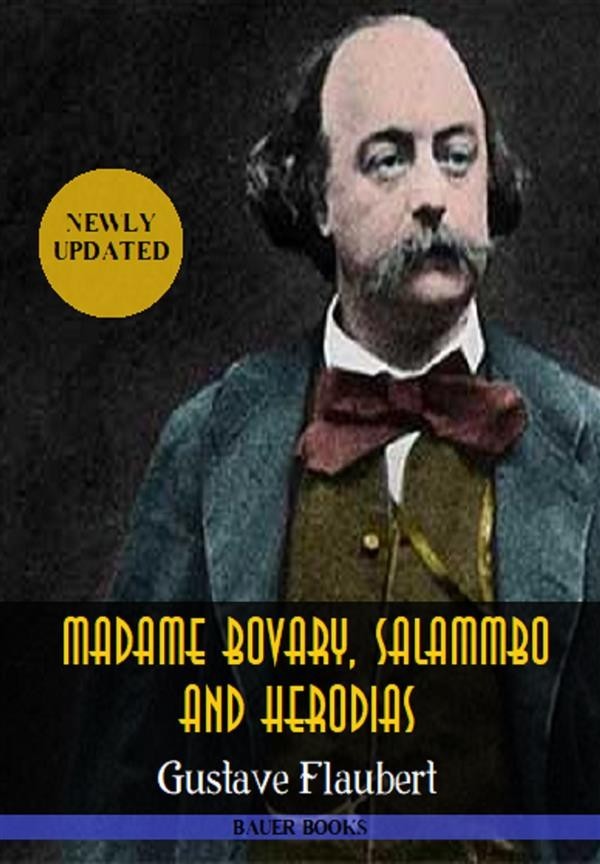 Takes place in provincial northern France, near the town of Rouen in Normandy. Charles Bovary is a shy, oddly dressed teenager arriving at a new school where his new classmates ridicule him. Charles struggles his way to a second-rate medical degree and becomes an Officier de santé in the Public Health Service. He marries the woman his mother has chosen for him, the unpleasant but supposedly rich widow Héloïse Dubuc. He sets out to build a practice in the village of Tôtes.

After the First Punic War, Carthage is unable to fulfill promises made to its army of mercenaries, and finds itself under attack. The fictional title character, a priestess and the daughter of Hamilcar Barca, the foremost Carthaginian general, is the object of the obsessive lust of Matho, a leader of the mercenaries. With the help of the scheming freed slave, Spendius, Matho steals the sacred veil of Carthage, the Zaïmph, prompting Salammbô to enter the mercenaries' camp in an attempt to steal it back. The Zaïmph is an ornate bejewelled veil draped about the statue of the goddess Tanit in the sanctum sanctorum of her temple: the veil is the city's guardian and touching it will bring death to the perpetrator.

"Hérodias" is the retelling of the beheading of John the Baptist. It starts slightly before the arrival of the Syrian governor, Vitellius. Herodias holds a huge birthday celebration for her second husband, Herod Antipas. Unknown to him, she has concocted a plan to behead John. According to Flaubert, this plan entails making her husband fall in love with her daughter, Salomé, leading to him promising her whatever she wants. Salomé, obviously in line with the instructions of her mother, will ask for John's head.