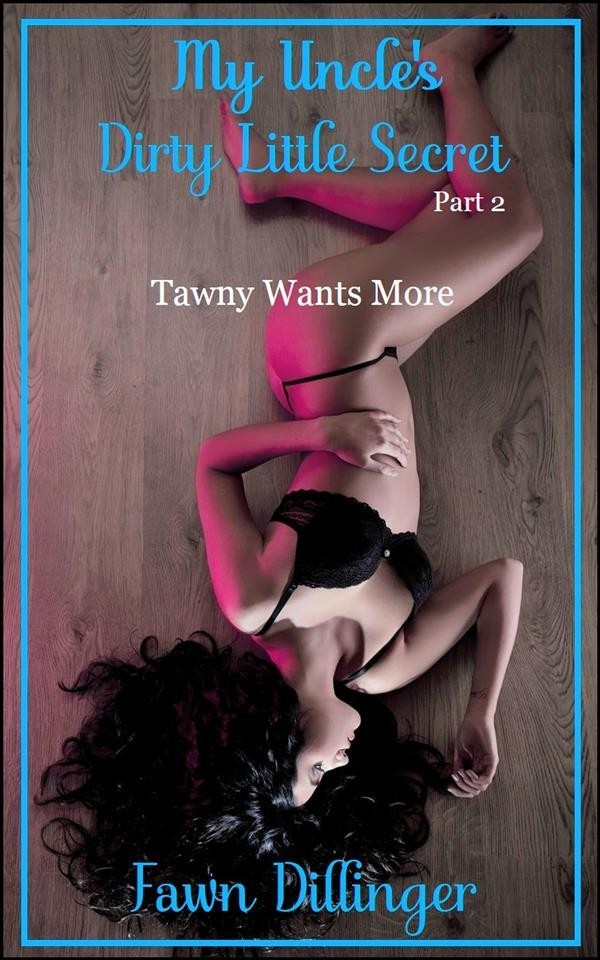 DESCRIPTION:
As another day is winding down on the bayou, Tawny realizes that she wants more loving from her Uncle. Dare she venture into another sizzling love session, dare she let go and allow him to ravage her body once again. Dare she step over the safe thresh hold and once again take the chance of being found out? How long can she resist?


EXCERPT:
In no time Tawny comes running out the door, Oliver points back and says, close the door kid. She stops dead in her tracks and gives Oliver a look that would send shivers through a dead man's veins. He then crosses his arms and says I'm waiting in a squeaky voice. As she turns to close the door, he clears his throat and wonders what the hell that was coming from his throat. Tawny slams the door and then turns and sways by Oliver and says happy now Master? Oliver says I got your Master and Tawny turns and says oh I remember and then reaches out and says tag your it and shoots across the yard towards the pier. Tawny reaches the boat and turns to see Oliver is slowly walking up, hurry up old man we got lines to run. Oliver says, I'll show you old man, Tawny then replies what again? Oliver gives her a smug look and walks over to the wheel and tells her to sit down. Tawny giggles and then they head out towards the lines. Everything is quiet for a little bit then Tawny takes off her top and is in just a bathing suit top and booty shorts. Oliver acts as if he isn't paying her any attention and with his mirrored shades she can't see which way he is looking. As they get to the line, just like clock work Tawny grabs...