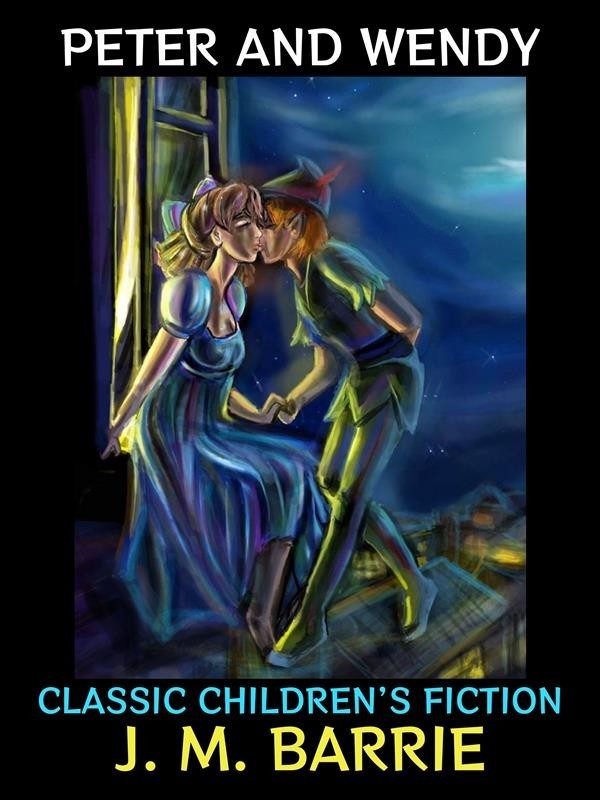 Peter and Wendy by J. M. Barrie. Peter makes night-time calls on the Darlings' house in Bloomsbury, listening in on Mrs. Mary Darling's bedtime stories by the open window. One night Peter is spotted and, while trying to escape, he loses his shadow. On returning to claim it, Peter wakes Mary's daughter, Wendy Darling. Wendy succeeds in re-attaching his shadow to him, and Peter learns that she knows lots of bedtime stories. He invites her to Neverland to be a mother to his gang, the Lost Boys, children who were lost in Kensington Gardens. Wendy agrees, and her brothers John and Michael go along.