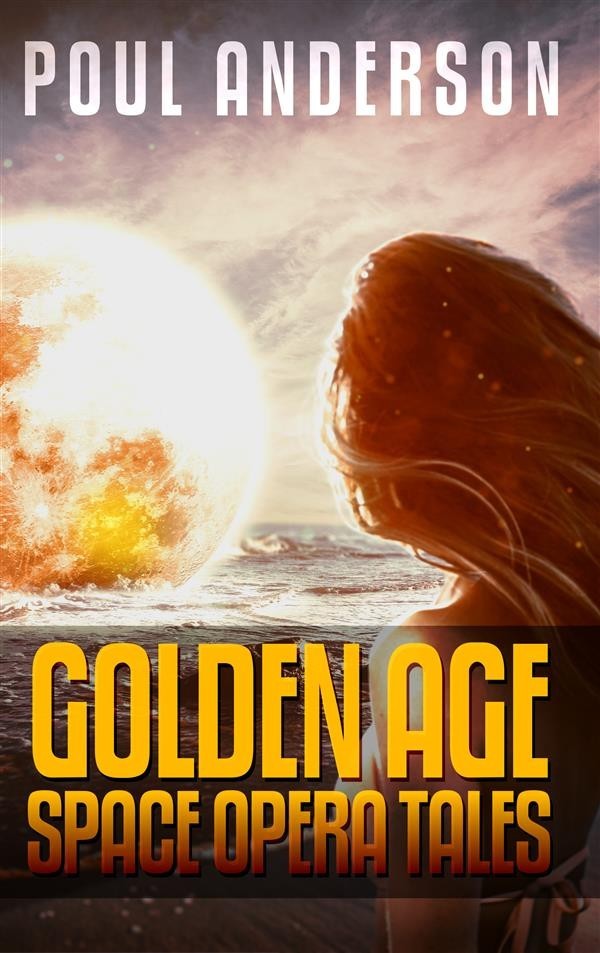 Poul William Anderson (November 25, 1926 – July 31, 2001) was an American science fiction author who began his career in the 1940s and continued to write into the 21st century. Anderson authored several works of fantasy, historical novels, and short stories. His awards include seven Hugo Awards and three Nebula Awards.
While he was an undergraduate student at the University of Minnesota, Anderson's first stories were published by John W. Campbell in Astounding Science Fiction: "Tomorrow's Children" by Anderson and F. N. Waldrop in March 1947 and a sequel, "Chain of Logic" by Anderson alone, in July. He became a free-lance writer after his graduation in 1948, and placed his third story in the December Astounding.
Space Opera is a subgenre of science fiction that emphasizes space warfare, melodramatic adventure, interplanetary battles, chivalric romance, and risk-taking. Set mainly or entirely in outer space, it usually involves conflict between opponents possessing advanced abilities, futuristic weapons, and other sophisticated technology.
The term has no relation to music, as in a traditional opera, but is instead a play on the terms "soap opera", a melodramatic television series, and "horse opera", which was coined during the 1930s to indicate a formulaic Western movie. Space operas emerged in the 1930s and continue to be produced in literature, film, comics, television, and video games.
The Golden Age of Pulp Magazine Fiction derives from pulp magazines (often referred to as "the pulps") as they were inexpensive fiction magazines that were published from 1896 to the late 1950s. The term pulp derives from the cheap wood pulp paper on which the magazines were printed. In contrast, magazines printed on higher-quality paper were called "glossies" or "slicks". (Wikipedia)
The pulps gave rise to the term pulp fiction. Pulps were the successors to the penny dreadfuls, dime novels, and short-fiction magazines of the 19th century. Although many writers wrote for pulps, the magazines were proving grounds for those authors like Robert Heinlein, Louis LaMour, "Max Brand", Ray Bradbury, Philip K. Dick, and many others. The best writers moved onto longer fiction required by paperback publishers. Many of these authors have never been out of print, even long after their passing.
Collection contains:
- Industrial Revolution
- Sentiment, Inc.
- The Valor of Cappen Varra
- Security
- Catalysis
- What Shall It Profit?
- Snowball
Scroll Up and Get Your Copy Now.