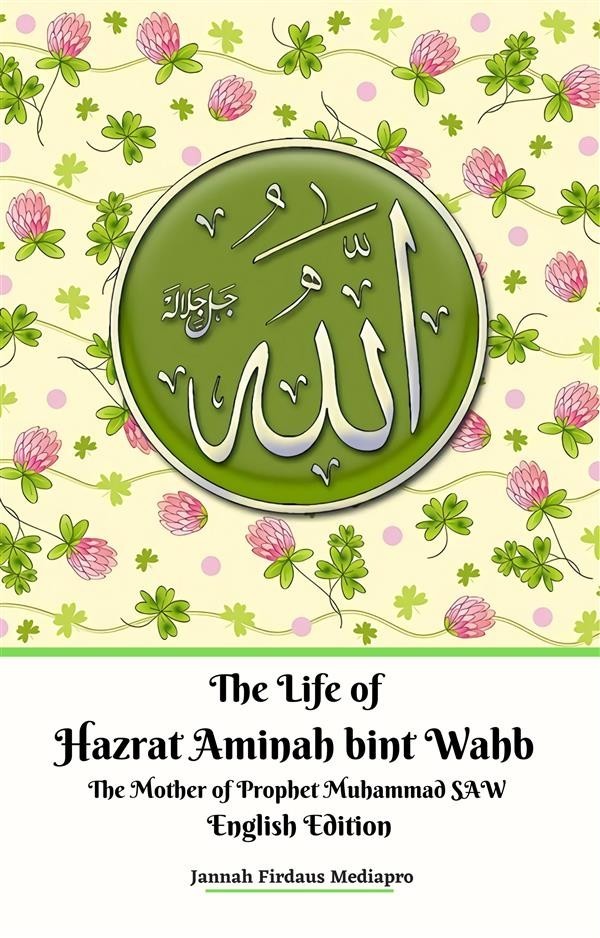 The Life of Hazrat Aminah bint Wahb The Mother of Prophet Muhammad SAW Last Messenger of Allah SWT (God) English Edition Based from The Holy Quran and Al-Hadith.

Allah SWT (God) Almighty created the father of mankind, Prophet Adam (Pbuh). When Adam raised his head, he saw that some name was written with an enormous Nur (heavenly light) at the Great Throne: “Ahmad.”
He asked wondering: “O my Lord, what is that light?”

God Almighty replied: “It is the light of a prophet who is going to come from your offspring. His name is Ahmad up in the heaven and Muhammad on earth. If it hadn’t been for him, I wouldn’t have created you as well!”

The enormous truth that we faithfully adhere was also proclaimed by the owner of the light after billions of years.

One day, one of the Companions, Abdullah bin Jabir (may Allah be pleased with him) asked, “Oh Allah’s Messenger, will you explain what Allah created before everything else”?

“Before everything, He created your Messenger’s noor (light) from His own light. The light would travel with Allah’s power and as it wished. At that time, there was no lawh mahfuz (preserved tablet), no pen, no Heaven, no Hell, no angel, no sky, no land, no sun, no moon, no person, and no jinn. Firstly, the Light that enlightened the heavens with all its grandeur secondly shone in the forehead of Adam (PBUH). Then, from one prophet to another, It came to Abraham (PBUH) and through him to his son Ismael (PBUH).

Firstly, the Light that enlightened the heavens with all its grandeur secondly shone in the forehead of Adam (PBUH). Then, from one prophet to another, It came to Abraham (PBUH) and through him to his son Ismael (PBUH).

Nevertheless, he knew that a great prophet was going to be sent at the end of time. Therefore, he desired the last Prophet to emerge among the descendants of Ismail, whom he loved very much.

The Kaba, which was first built by Adam (PBUH), was heavily damaged in the long course of time and was almost demolished. The prophet Abraham (PBUH) received an order from God Almighty to rebuild this holy structure and immediately set to work with his son Ismael.

Having completed to build Kaba, they opened their hands in supplication to God Almighty and prayed:
“Our Lord! Send a Messenger from our progeny to the Muslim Ummah so that he can read to them your ayahs (verses), teach them your books and their laws, and cleanse them from their sins!

Thus, God Almighty did not leave this sincere supplication unanswered and sent a descendant of Ismael, the prophet Muhammad (pbuh), the chief of the prophets to the world. The Master of the universe (pbuh) proclaimed this truth as, “I am the supplication of my forefather Abraham (pbuh).”