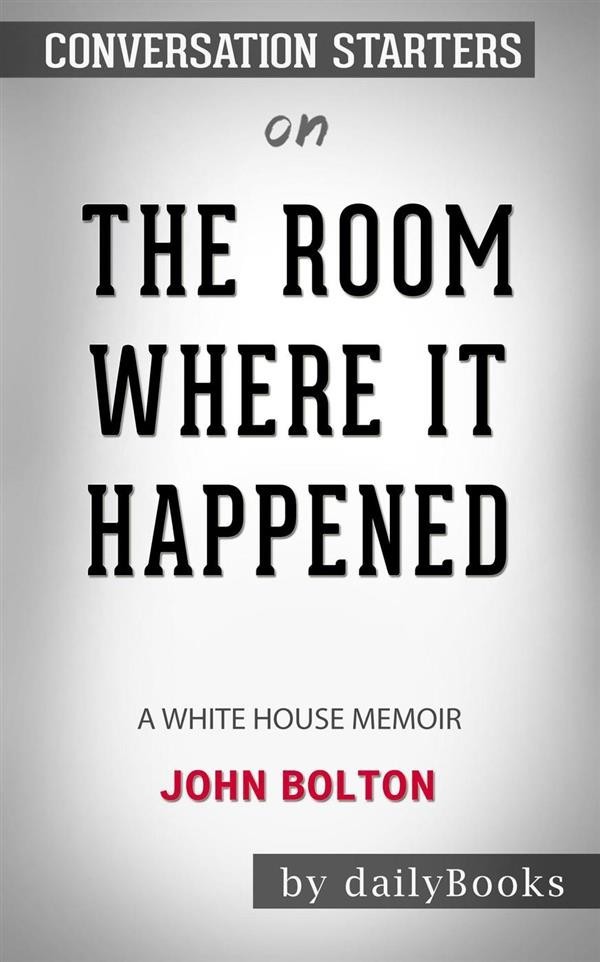 Former National Security Advisor John Bolton's latest novel, The Room Where It Happened, tells us his observations during his stay in the oval office with Donald Trump as President. He claims that re-election is the only thing of importance to the current leader. Bolton has noticed how Trump focuses more on personal relationships and the improvement of his own interests. This resulted in missed chances to oppose the threats of other countries against the United States of America. Trump was also very wary of his own government and seemed like he was obsessed with mayhem whenever he turned down allies and welcomed foes. The novel talks about multiple conflicts he witnessed related to China, Turkey, and many other countries. He also mentioned how the President did personal favors for certain people to gain support to get a second term as President of the United States in the upcoming elections.
Bolton’s book is yet to be released it’s already a #1 bestseller on Amazon even if it’s still for pre-order. He also wrote the #1 Amazon Bestseller entitled Surrender Is Not an Option: Defending America at the United Nations. John Bolton has been in the government for most of his life. He has already served four U.S. presidents, including Donald Trump.

These questions can be used to create hours of conversation:

• Foster a deeper understanding of the book
• Promote an atmosphere of discussion for groups
• Assist in the study of the book, either individually or corporately
• Explore unseen realms of the book as never seen before

Disclaimer: This book you are about to enjoy is an independent resource to supplement the original book, enhancing your experience. If you have not yet purchased a copy of the original book, please do before purchasing this unofficial Conversation Starters.

Download your copy now on sale
Read it on your PC, Mac, iOS or Android smartphone, tablet devices.