Home of the Gentry 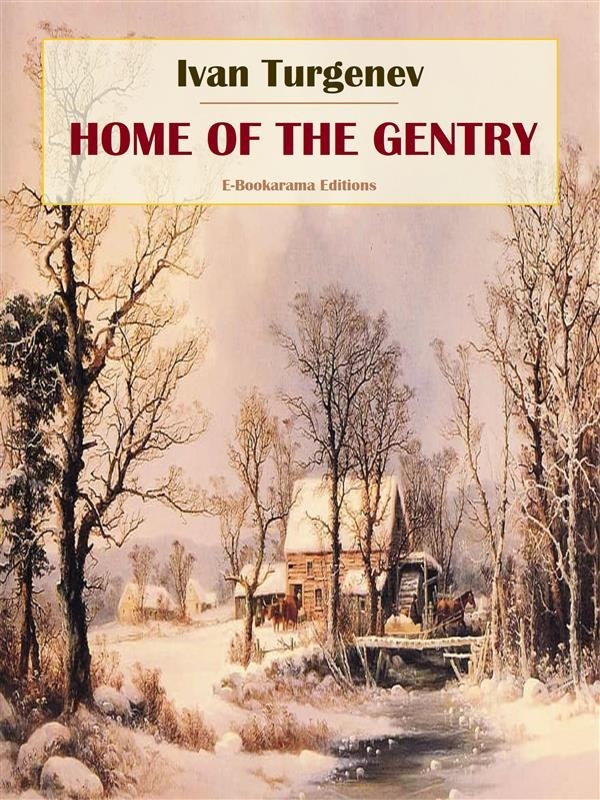 Home of the Gentry

First written in 1858, "Home of the Gentry", Ivan Turgenev’s second novel, is an important work that explores the idea of the “superfluous man.”
The main theme of the novel is the maladjustment of the upper classes to their native Russian culture. The “superfluous man” is typically a member of the nobility who’s either been educated abroad or educated to worship all things European, and this leads to a complete emotional detachment and alienation from Russian culture. This adoration of Western culture created a long-time debate and split within Russian society’s intelligentsia, and on the other side of the debate  was Slavophilism with its disdain for Western culture.

"Home of the Gentry" examines the fallout of the distancing of the upper classes from their own country through its main character, Lavretsky.
Fyodor Ivanych Lavretsky is a nobleman who shares many traits with Turgenev. The child of a distant, Anglophile father and a serf mother who dies when he is very young, Lavretsky is brought up at his family's country estate home by a severe maiden aunt, often thought to be based on Turgenev's own mother who was known for her cruelty.

"Home of the Gentry" was enthusiastically received by the Russian society and remained his least controversial and most widely-read novel until the end of the 19th century. It was turned into a movie by Andrey Konchalovsky in 1969.