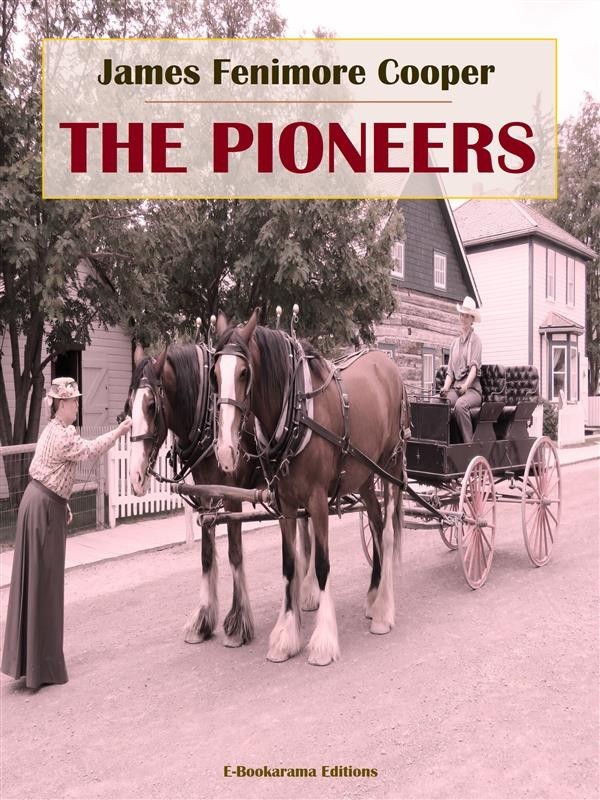 Originally published in 1823, "The Pioneers" (in full "The Pioneers; or, The Sources of the Susquehanna") is the first of five novels, but the fourth chronological story, in the series The Leatherstocking Tales by American writer James Fenimore Cooper.

"The Pioneers" began the saga of frontiersman Natty Bumppo, also called Leather-Stocking, and tells the interlocking story of three characters in the fictional frontier town of Templeton, New York (based on the real Cooperstown, New York) between Christmas Eve 1793 and October 1794.
The protagonist is Nathaniel “Natty” Bumpo (or Leatherstocking), an elderly but extremely skilled woodsman who resents the encroachment of civilization on his home in nature. Judge Marmaduke Temple is the wealthy landowner, founder of Templeton, and its de facto leader, who attempts to grow civilization while respecting the environment. Oliver Edwards, who lives with Leatherstocking, is a brooding young man with a mysterious past and a grudge against Judge Temple. Much of the plot is devoted to the conflict between Leatherstocking and Templeton over law, as well as unravelling Oliver’s mysterious past.
In this narrative Bumppo is an old man, as is his Indian friend Chingachgook; together they have seen the frontier change from wilderness to settlement, and they know that their way of life is about to vanish.