Knocked Up By The Vet's German Shepherd! 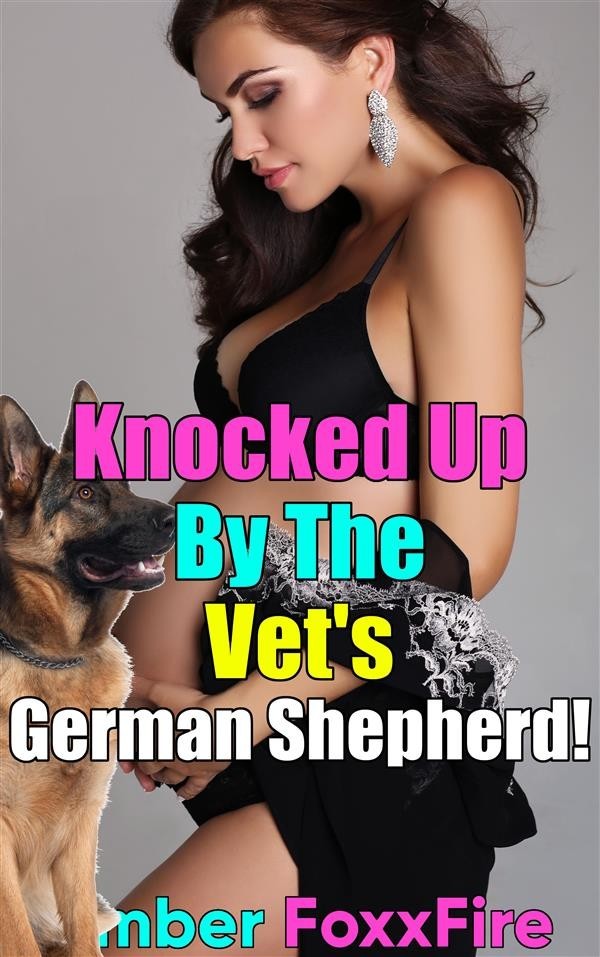 Knocked Up By The Vet's German Shepherd!

I wouldn't let the big, bad, mean German Shepherd have his way with my poor, sweet, innocent little angel doggy.

So he had his way with me instead.

"Come on, Jez..." I walked my beautiful husky from the car to the vet. It was her annual checkup and even though there was likely nothing wrong, a little preventative maintenance never hurt anyone. It was her first heat and I was contemplating maybe getting her fixed or something.

Jez strutted in the clinic, her head and curly tail held high. Her stunning, ice-blue eyes instantly sized up the situation. 3 cats to chase, a Black Lab to make friends with and a small, yappy Chihuahua to beat up.

I let her sniff the Lab's ass, before pulling her away to the counter. She tried to lunge at one of the cats, but I held her firm.

About ten minutes after arriving, we were ushered into the back to wait for her vet. I gave her a treat as she was being such a good girl.

Time ticked on, minutes turned into more minutes and I was starting to think that they'd clean forgotten about us.

I heard a commotion out in the hall and when I poked my head out to see what the fuss was all about, a large black and tan German Shepherd burst through the door and pounced on my poor little girl.

"No, Jez! Stay away from that boy doggy!" I cried out, but it was too late. The bad boy doggy had already jumped up on Jez's back and was getting ready to hump her.

It didn't help that Jez was holding her tail aside for the cretin.

When I saw his large, throbbing red-rocket, I gasped. I couldn't let him stick that filthy thing inside my Jez's tight, virgin pussy. I had to do something!

But what? I was no match for that brute! I cried out for help, but before my words could be heard, the door slammed shut.

Oh no, we were locked in here with this vicious animal.

My angel's honor was at stake!