The female pensum in the Archaic and Hellenistic Periods: the epinetron, the spindle, and the distaff 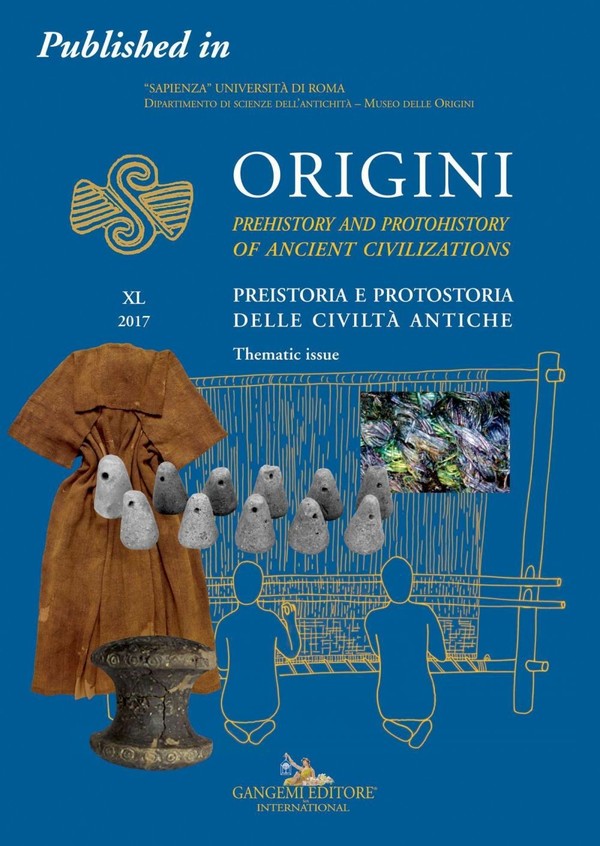 The female pensum in the Archaic and Hellenistic Periods: the epinetron, the spindle, and the distaff

Published in Origini n. XL/2017. Rivista annuale del Dipartimento di Scienze dell’Antichità – “Sapienza” Università di Roma | Preistoria e protostoria delle civiltà antiche – Prehistory and protohistory of ancient civilizations | In all periods of history, the working of textile fibres was among one of the more specialised activities that required skill, space, and specific equipment in order to be undertaken in a domestic or manufacturing sphere. The iconographic and literary sources tell us that in various geographical areas, both men and women were involved in these activities. In the Greek and Italic worlds, the undisputed protagonists, at least in some phases of the wool working process, were women, whose virtue was identified in the wool working itself, in particular spinning, a daily task defined pensum in Roman society. Among the organised textile making activities, spinning required particularly large amount of time, but it was also the most flexible as it could be undertaken anywhere, indoors or outside, within the household or within dedicated spaces, during the day or at night, standing or sitting, using few easily transportable or even improvised implements. The kalathos, the epinetron, the distaff, and the spindle, were the main pieces of equipment that were used after combing, the preliminary process that took place after the wool had been washed, during which the fibres were combed, separating the long ones from the short, and removing the residual impurities. Before being worked with the spindle and distaff, the combed wool needed further preparation, such as the creation of the sliver or roving, a sort of bundle that facilitated the subsequent spinning. This paper discusses these phases of wool working and the implements used, not always easily recognisable without the invaluable help of the iconographic sources and above all archaeological contexts. In particular, the function of epinetra, which carry the precious iconographic sources will be discussed, together with that of objects identified in archaeological literature as “temple keys”, for which, based on their find contexts, different functions can be attributed.