Freud and his war. A socio-historical perspective from the awareness to the metaphor of “draining” the Zuider Zee (1910-1932) 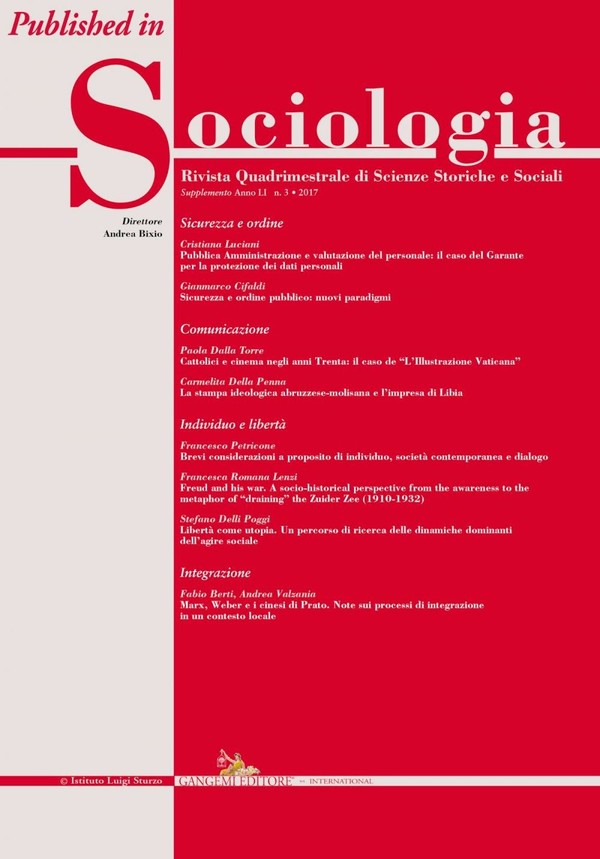 Freud and his war. A socio-historical perspective from the awareness to the metaphor of “draining” the Zuider Zee (1910-1932)

In the preface of the The Age of Extremes: Short Twentieth Century 1914-1991, Eric Hobsbawm states: “For the poet T.S. Eliot ‘this is the way the world ends – not with a bang but a whimper’. The Short Twentieth century ended with both.” (1994, 24). In less than one hundred years, with an incredible and, at the same time, terrifying timing and ways, the Twentieth Century has experienced the best and the worst of the processes started in the previous centuries. The complex framework of international alliances built among the European great powers since the preceding decades steeply led to a so-called ‘periodizing event’, namely the Great War (Ibidem, 1994). Furthermore, the Twentieth Century welcomes the outcomes of the industrial revolution, the scientific progress, thanks to the implementation in the industrial sector of the technological discoveries and the affirmation of laissez-faire in most of the countries of the ‘Old Continent’.