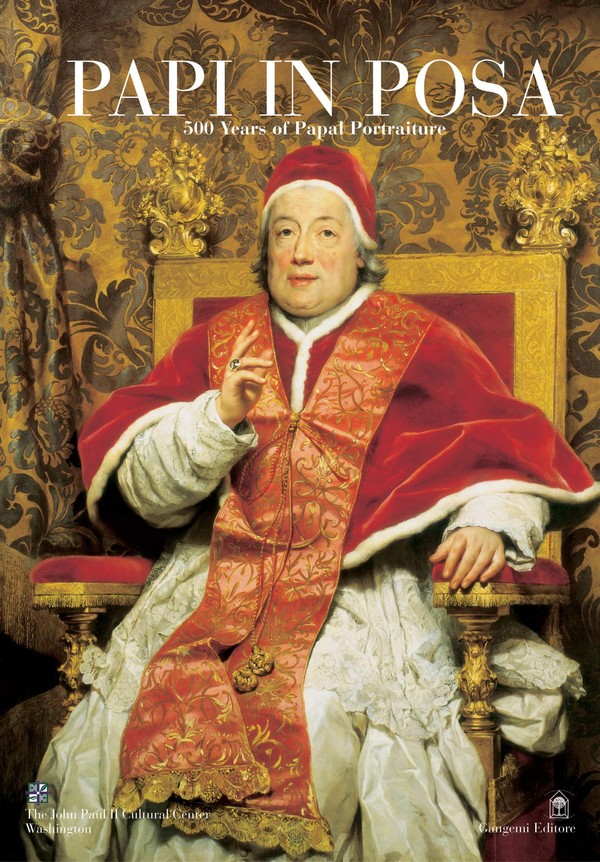 The exhibition entitled “Papi in Posa,” i.e., “Papal Portraiture,” with the highly refined and historically significant Braschi Palace – home of the Museum of Rome – in 2004, and now in Washington, The John Paul II Center, is not offered only as an excellent exposition of masterpieces from major international museums – such as the Vatican Museums – and prestigious private collections, but stands out in particular because it is one of the most important expositions of portrait painting ever because of both the outstanding quality and the considerable number of paintings and sculptures offered – executed by Europe's leading artists from the last five centuries – and the great spiritual and social significance of the personages portrayed: the greatest Pontiffs who from the 16th century to the present have sat in the Chair of Saint Peter. It is suggestive to observe, as we scan the unique artistic itinerary offered by the curators of the exhibition, how through the succession of historical periods and particularly by virtue of the esthetic verve and inner sensitivity of the artists, the description of the human person was oriented, with extreme plastic ductility and acuity in their perception of their subjects' physiognomy, to represent not only the body lines of the subject being depicted but, in particular, the most intimate traits of the heart, the lively mobility of their thought, the innermost lines of the subject's character, in an intense dialogue of chiaroscuro observations from which the characterizing notes of complex personages are evinced – persons who appear completely clear and evident only to those who are capable of sublimating their outward appearance into an acute observation. From this prestigious gallery of portraits it emerges unmistakably how the anthropocentric path of human thought has manifestly reverberated within the bounds of the figurative arts through a progressive contextualization, which sees the subject represented unbound through a metatemporal aura of rarefied abstraction and placed, naturalistically, in a precise and well defined spatiotemporal sphere. At the same time, we witness a gradual definition of the personage portrayed as the bearer of a clear personal connotation – the self and the identity, which seem to be invisible and thus impossible to represent – no longer, hortatively, as an idealized and metaphoric emblem of absolute values in deference to a markedly ethical and pedagogical conception. The exhibited works, which rightfully range themselves among the most outstanding expressions of portraiture, reveal a deep spiritual harmony evocative of beauty and unleash a lively dialogue with the onlooker based on a real and inherent economy of the act of viewing, albeit freed from the exercise of a psychologism oriented toward uncontrollable wanderings. The reception of the meaning of the formal systems – thoughtful poses and attitudes – involves, to be sure, the active presence of the spectator in a sort of visual dialogue with the portrait that is not considered exclusively as a fixed commemorative system but rather as an interactive structure.