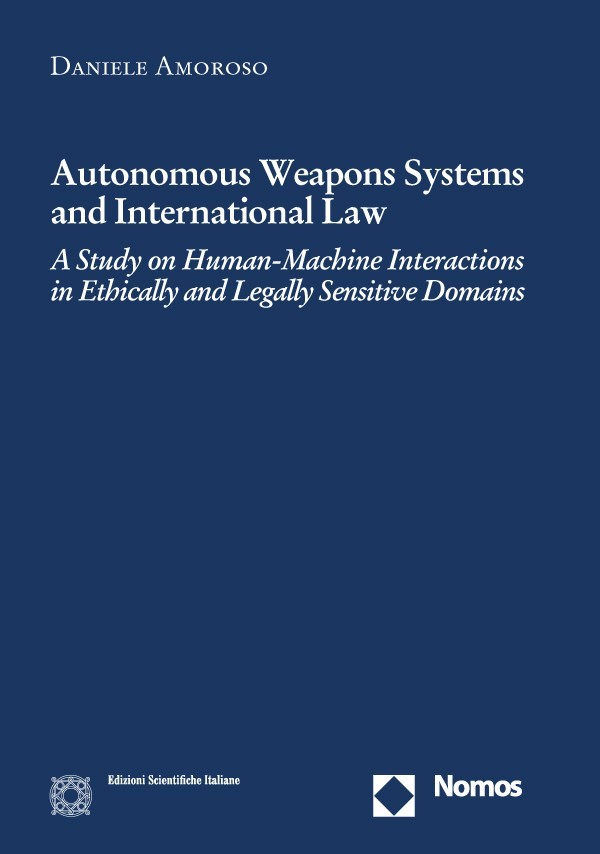 Recent advances in robotics and AI have paved the way to robots autonomously performing a wide variety of tasks in ethically and legally sensitive domains. Among them, a prominent place is occupied by robots endowed with the ability to deliver destructive force without human intervention, a.k.a. Autonomous Weapons Systems (or AWS), whose legality under international law is currently at the center of a heated academic and diplomatic debate. The AWS debate provides a uniquely representative sample of the (potentially) disruptive impact of new technologies on norms and principles of international law, in that it touches on key questions of international humanitarian law, international human rights law, international criminal law, and State responsibility. Against this backdrop, this book’s primary aim is to explore the international legal implications of autonomy in weapons systems, by inquiring what existing international law has to say in this respect, to what extent the persisting validity of its principles and categories is challenged, and what could be a way forward for future international regulation on the matter. From a broader perspective, the research carried out on the issue of the legality of AWS under international law aspires to offer some more general insights on the normative aspects of the shared control relationship between human decision-makers and arti cial agents.