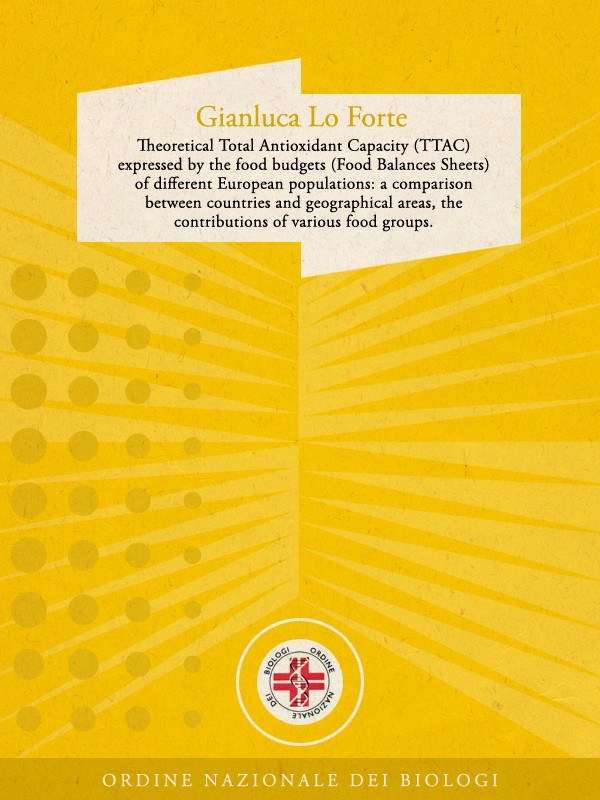 The epidemiological-descriptive study presented in this paper has placed in evidence a method of assessing the available theoretical assumption of total antioxidant capacity (TTAC) in European populations. People living in the Southern part of the European continent, generally express greater TTAC than residents in other areas considered in our study. The highest raw TTAC is found in the population of Greece, but there are also found levels of raw TTAC in the other populations of the Mediterranean countries such as: Portugal, Italy, Spain and Croatia. The analysis of data from TTAC standardized for caloric intake per capita/day, show not particular differents from the raw, but the people of Croatia, tends to equate that shown by the Greek for raw data. In the European continent, the food groups that contribute most to the TTAC intake of populations examined in our study are: Vegetables (especially: other vegetables) and fruits (Especially: other fruits, oranges and tangerines). Discrete contributions are then also provided alcoholic beverages (in particular by: wine) and cereals (in particular by: corn).