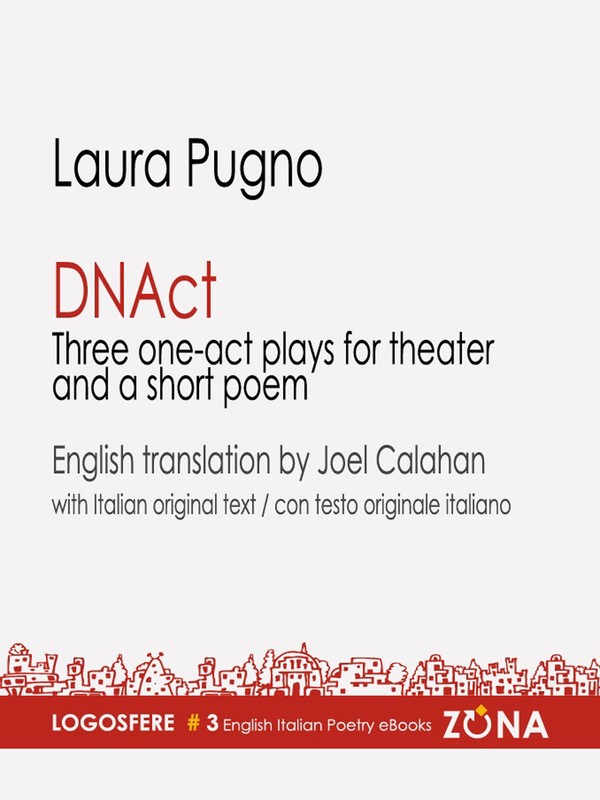 Three one-act plays for theaterCosplay was written between June and December 2006; n_hs between end of October and middle of December 2006; were/w between end of November and end of December 2006.Were/w was published in issue 6 of Ore piccole, year II, July-September 2007; cosplay was previewed in Tratti, special issue on “scrittura detta,” III/2008.Poem“animal master” was written between March 2005 and June 2006. A selection was included in Registro di poesia 1 as an honorable mention for the Premio Mazzacurati-Russo 2007, edited by Giancarlo Alfano, edizioni d’if, 2008.“a tongue incapable of lying” was included, with a shortstatement, in the volume L’esperienza-divenire delle arti, edited by Carla Subrizi, Marco Giovenale, Ilaria Gianni, and Francesco Ventrella, Fondazione Baruchello, 2006.The series titled “new human species I, II and III (aquamarine, new Asia and societas)” reworks in verse some of my own prose pieces, including Sirene (Einaudi, 2007), and two other unfinished works.The series “animal master,” now included in the poem of that name, and “aquamarine,” were included in the women’s poetry anthology Fuori dal cielo, edited by Sara Zanghì (Empiria, 2006). “aquamarine” was also published in Carta 47, year VIII (December 23, 2006 – January 13, 2007), titled “Narratives on the future”; “new human species II/new Asia” and “linear a” were published on Biagio Cepollaro’s blog, www.cepollaro.it, February 1, 2006, and then collected in the PDF journal Poesia da fare 15, October 2006. “linear a” and “making a unicorn” were published in the March 2008 issue of Le voci della Luna.I have made some changes to these published versions.