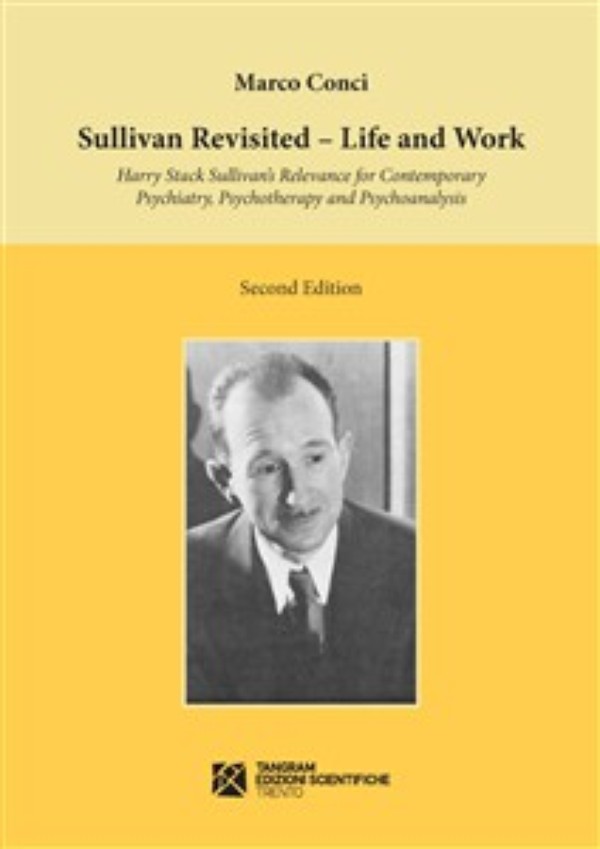 Dr. Marco Conci, psychiatrist and psychoanalyst, active in the international psychoanalytic community and inhabiting three linguistic and cultural environments (Italian, German, and American), has given us a definitive book on the life and work of Harry Stack Sullivan, the founder of interpersonal psychiatry and psychoanalysis in the United States and other countries. Sullivan continues to animate the interpersonal therapies of psychiatrists and analysts of various schools. In this richly detailed, fascinating and highly readable narrative Dr. Conci combines the passion of a historian with the compassion of a humanistic practitioner of psychiatry and psychotherapy. He also brings us a much needed moral message: to restore the tradition of psychological help to the suffering soul of mankind, an antidote the current medicalization of psychiatry world-wide (Zvi Lothane, M.D., Clinical Professor of Psychiatry, Mount Sinai School of Medicine – New York, USA). This is a remarkably comprehensive study of Sullivan’s milieu, teaching and influence, in the course of which we are treated to nothing less than an ambitious, new perspective on the early history and recent developments of American psychoanalysis. It is, moreover, the unique and valuable perspective of someone who has lived both in America and abroad, and has both the insider’s easy familiarity and the outsider’s objective eye. It is at once an illuminating study in American intellectual tradition, a detailed study of Sullivan’s teaching as understood by an experienced and open-minded clinician, an informative survey of his relationships with other analysts, and a vision of his heritage in the contemporary relational school. It is hard to imagine an analytic reader of any stripe who will not find illumination in areas of special interest, and unexpected profit in areas previously neglected (Lawrence Friedman, M.D., Clinical Professor of Psychiatry, Weill Medical College of Cornell University – New York, USA).