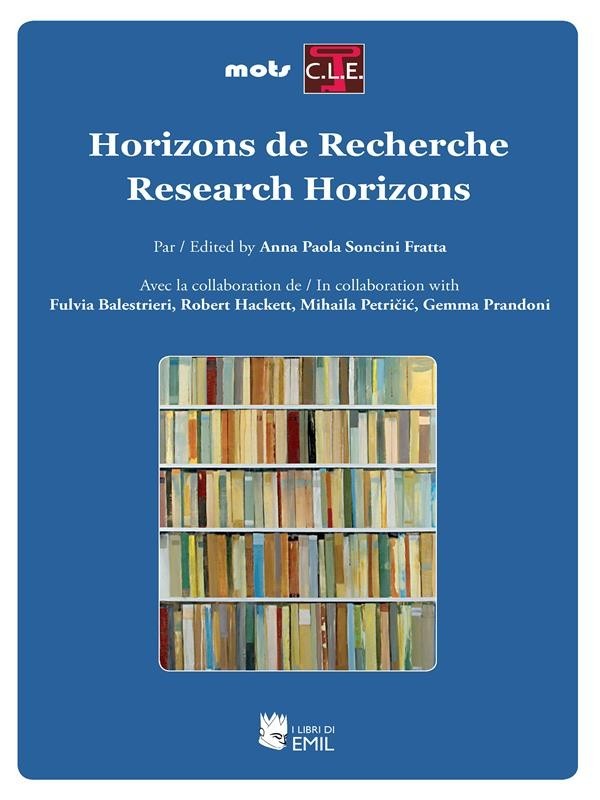 The keywords gathered here form a valuable testament: they reflect the memorable moments of the scientific and cultural encounters of a group of PhD students from several European universities, all of whom have completed the Erasmus Mundus Master Program in “European Literary Cultures”. This program of excellence was created in 2008 by the Universities of Bologna, Upper Alsace, Strasbourg and Thessaloniki. In a first scientific exchange in July 2013, several doctoral students proposed what they consider their “Research Horizons”. This volume is dedicated to several domains in several languages, from the Middle Ages to the present day, involving literature, linguistics and cinema. We invite the reader to discover here within the research of tomorrow at the crossroads of new methodologies, critical discussion and transnational dialogue.