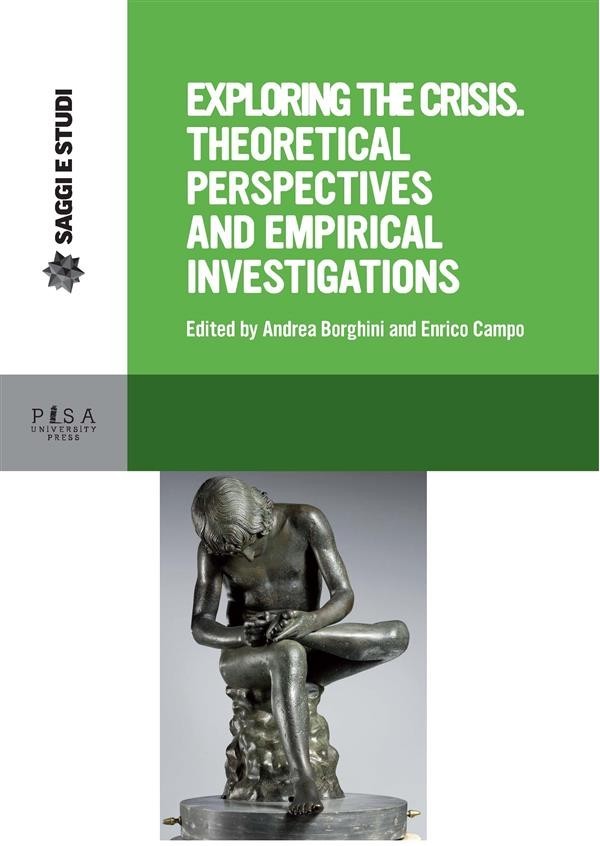 The current crisis started in the US in 2008 beginning with the popping of the subprime mortgage bubble. The emblematic image of the US crisis was that of people carrying away boxes from the “too big to fail” Lehman Brothers. From the US the crisis spread all over the world and soon affected Europe. In the same year, Iceland went bankrupt and in many other countries banks started to restrict the flow of credit. During the last five years, the effect of the crisis has been devastating: it has threatened the existence of the Euro and, consequently, the existence of the European Community itself. The distance between countries with a solid economy (Germany) and the countries with more fragile productive systems (generally southern Europe) increased drastically. The major political effect was the emergence of populist and protest movements, similar to the crisis that followed the great depression. Departing from this scenario, the book gathers the voices of national and international scholars from different disciplines (historians, sociologists, political scientists), as well as representatives of civil society, committed to developing an intense and lively dialogue on the causes of the crisis. The book also treats the significance individual and collective actors attribute to the crisis, the ways in which it enters into individual choices, influencing their trajectories, as well as the changes it has provoked in collective behavior and in political and social institutions within the European and US context. The richness of debate within the book makes a fundamental contribution to an understanding of the crisis, starting from a genealogical reconstruction of the category. The lesson drawn from reading is that the current crisis puts us in front of radical questions, on the fate of our societies and on the profound meaning of man and his ethical choices in our time.