Pain and its therapy in western medicine 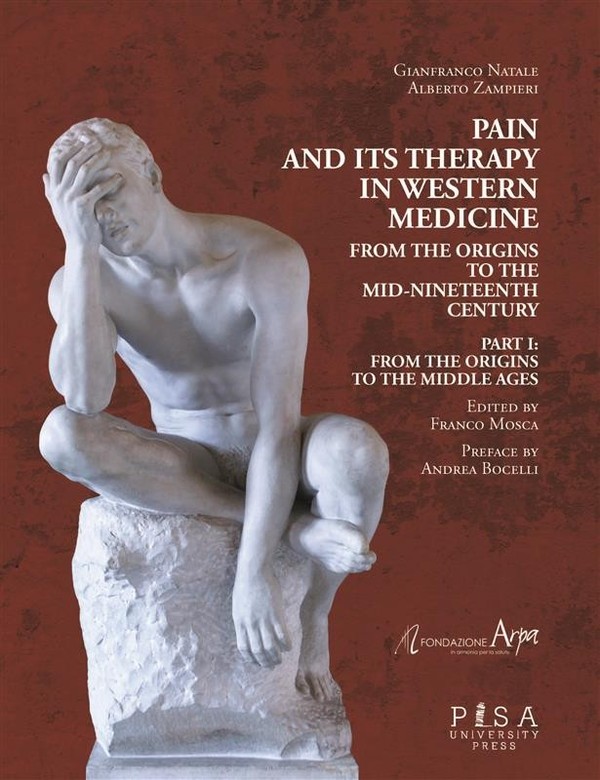 Pain and its therapy in western medicine

Pain has always afflicted man and undoubtedly, it is one of the most important problems related to medicine. Despite the discovery of anesthetics and the introduction of steroidal and non-steroidal painkillers, the treatment of physical pain still remains up to now a distant goal, especially in the oncology  field.  This book recounts in two volumes the history of pain in Western medicine, starting from the ancient times to the mid-nineteenth century. In addition to providing curious and interesting etymological insights, this first volume documents the Prehistoric, the Greek and the Roman periods, up to the Middle Ages, to end with the Monastic, Byzantine and Arab medical traditions, and the birth of the Medical School of Salerno and the  first universities.  The schools and major medical  figures which have contributed to the knowledge and characterization of pain and its treatment are examined. In particular, great emphasis is given to the strictly physical pain caused by illnesses and traumas afflicting the body. On the other hand, psychic suffering and the pain contemplated within the religious and philosophical sphere are only considered as for what concerns those aspects retained important for the contextualization of the historical and scientific thought. A rich iconography accompanies the text with the aim of thoroughly documenting the research carried out. Portraits of characters and images of frontispieces, ancient manuscripts, medicinal plants, medical equipment and instruments all contribute to make us better understand the long haul of human progress attempting to dominate and defeat physical pain.  The work was conducted thanks to the consultation of the subject-related scientific literature and of numerous original works.

Gianfranco Natale was born in Fossacesia. He graduated in Medicine and Surgery at the University of Pisa, where he is currently Associate Professor in Human Anatomy and Director of the Museum of Human Anatomy. He attends to organizing exhibitions and congresses and deals with the history of medicine.

Alberto Zampieri was born in Pisa where he graduated in Medicine and Surgery. He is a freelance lecturer in Medical Semeiotics and specialized in the History of Medicine. He has attended to numerous initiatives and publications on Health Art, Pisan History and Traditions.