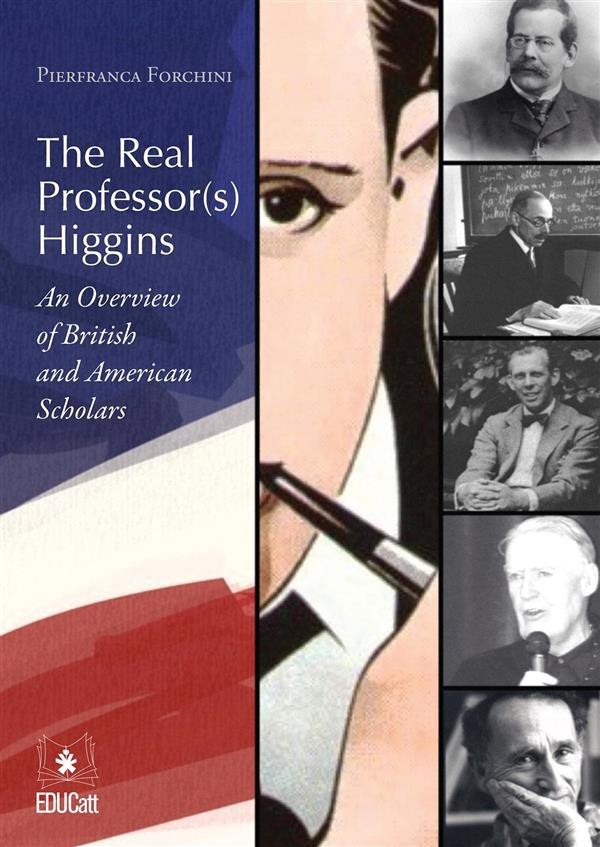 The present book offers a brief historical overview of the main scholars, hence the real Professors Higgins[1], who played an important role in the development and study of the pronunciation of the English language. The aim of the book is not to give a comprehensive account of the subject, but rather to stimulate and help students of English linguistics deepen their knowledge by reading about the life and thought of some of the greatest thinkers in the field. In particular, the main idea of the work is that it may serve as a stimulus for students to learn something about the actual human beings who are behind the topics they have to study when attending a course of English Phonetics and Phonology at university; especially considering that these are the people who determined, although unconsciously, such topics. For this reason, the selection of scholars illustrated here was slightly constrained by the content of the university program, which means that some important linguists and also some thoughts and works of those included were left out. In terms of content, this work is divided into four main parts: the first Section, Professor Henry Higgins, briefly introduces the character whose name inspired the title of the present book, namely, the famous Professor of Phonetics who was created by the Irish playwright George Bernard Shaw for his Pygmalion (1912), who also inspired the movies Pygmalion (1938) and My Fair Lady (1964), inter alia[2]. The second and third Sections, instead, illustrate some of the most important real (i.e. not fictional) scholars who, like the fictional Mr. Higgins, were interested in the sounds of the English language and largely contributed to the development of the discipline. More specifically, the second Section, The Pioneers, after offering a brief and more general introduction to the origins of the study of language sounds, focuses on the pioneers of the field, whereas the third, XXI Century Scholars, concentrates on two important linguists who played an important role in our century. Finally, the fourth Section, Playing Mr. Higgins, has been conceived as an opportunity for students to learn how to analyze sounds, as Mr. Higgins did, through modern software programs used in acoustic phonetics such as Praat, which Mr. Higgins did not have. Indeed, despite the fact that the book cannot be exhaustive in the least, it is envisaged that within this limit it could, however, give those few students who might become passionate about the topic a good reason for continuing to explore it further, or to become the new real professor Higgins of the future. From the Introduction