Against the Dictatorship of Capital. New Philosophical, Political and Educational Lines. 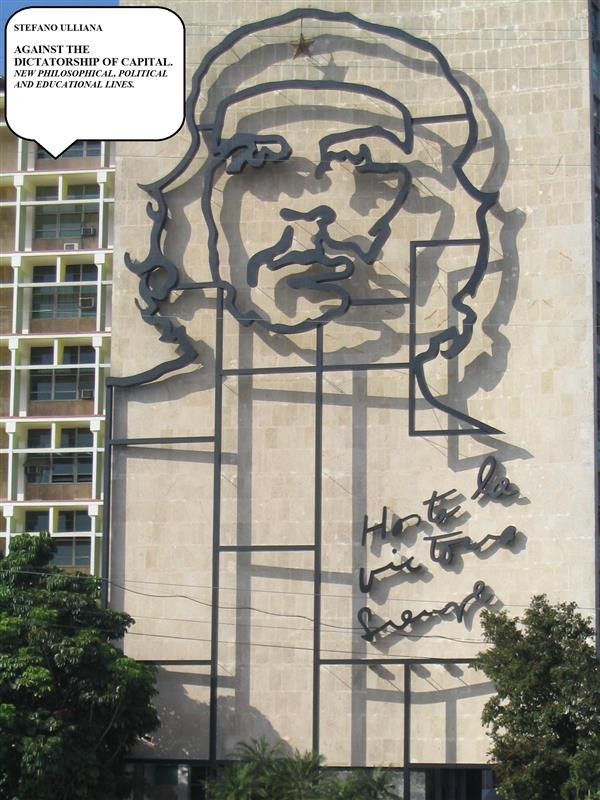 Against the Dictatorship of Capital. New Philosophical, Political and Educational Lines.

Lyotard’s post-modern critic leaves the field open to the manipulation of free and creative self-determination, that belongs to human nature, by the most reactionary forces of Capital. In fact, his critic to the concept and practice of universality leads to the adfirmation of the most violent and brutal ideological forces of capitalist neoliberalism. It uses the traditional ideology built up around the theological and political concept (with its relative practice) of the necessary and ordering One.
This concept, applied again in the contemporary age, leads towards a new patriarchal order and a plebiscitarian way to the world, helped besides by the control of the vehicle represented by global medias. The capitalist system assumes, in fact, as its ideology the tradition of the absolute artificial. This logic neutralizes natural and human autonomy and freedom, through the practice of self-instrumentalization and self-alienation. So in Western post-modern societes equality is only the common submission to the cumulative logic of Capital, while freedom lies solely in the abilities and virtues of mutual identification and selection upon the bases of merit. So, again, State and Capital identify the same logic of dispossession and disintegration of the roots of the natural and rational right, through the exchange of concrete reality with the power of image.
There is therefore the necessity of a Manifesto for a new communist planetary movement (which has to be anticapistalist, feminist, animalist and ecologist). On the opposite side of the question social disintegration becomes a real objective for institutional (economic and political) powers, through the eradication of creative and relational, individual and collective, source.