Interviews from the Short Century 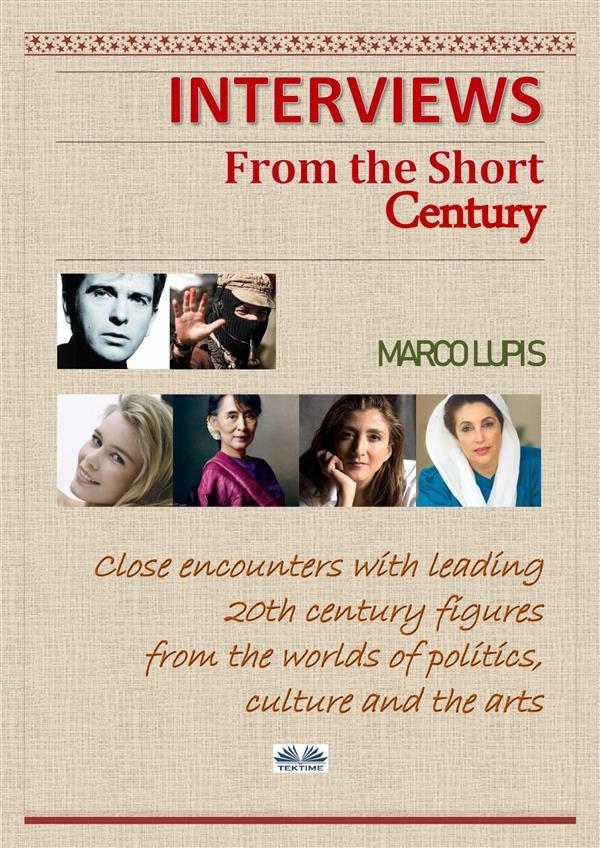 Interviews from the Short Century


This book offers a unique insight into fifty personalities who in some way shaped the second half of the 20th century (the ‘short century’). It features exclusive interviews conducted by Marco Lupis during his decades-long career as a special and foreign correspondent covering Latin America and the Far East for some of Italy’s biggest media outlets, including Corriere della Sera, Panorama, L’Espresso, La Repubblica and RAI.
You will hear from leading figures from the worlds of politics, culture and the arts, including: rock star Peter Gabriel, singer-songwriter Franco Battiato, supermodel Claudia Schiffer, Mexican revolutionary Subcomandante Marcos, Nobel laureate and Burmese leader Aung San Suu Kyi, Colombian politician Ingrid Betancourt, Argentine president Carlos Menem, Japanese and Chinese Nobel-winning writers Kenzaburō Ōe and Gao Xingjian, and East Timorese president and Nobel laureate José Ramos-Horta.
Sometimes dramatic, occasionally light-hearted, but always accurate and packed with fascinating revelations, Lupis’s interviews cover the great issues of the modern era: war, freedom, the fight against injustice and the quest for truth, be it through politics, literature, art or cinema.
Marco Lupis is a journalist, photojournalist and author who has worked as La Repubblica’s Hong Kong correspondent. Born in Rome in 1960, he has worked as a special and foreign correspondent the world over, but mainly in Latin America and the Far East, for major Italian publications (Panorama, Il Tempo, Corriere della Sera, L’Espresso and La Repubblica) and the state-owned broadcaster RAI.
Often posted to war zones, he was one of the few journalists to cover the massacres in the wake of the declaration of Timor-Leste’s independence, the bloody battles between Christians and Muslims in the Maluku Islands, the Bali bombings and the SARS epidemic in China. He covered the entire Asia-Pacific region, stretching from Hawaii to the Antarctic, for over a decade.
His articles, which often decry human rights abuses, have also appeared in daily newspapers in Spain, Argentina and the United States.