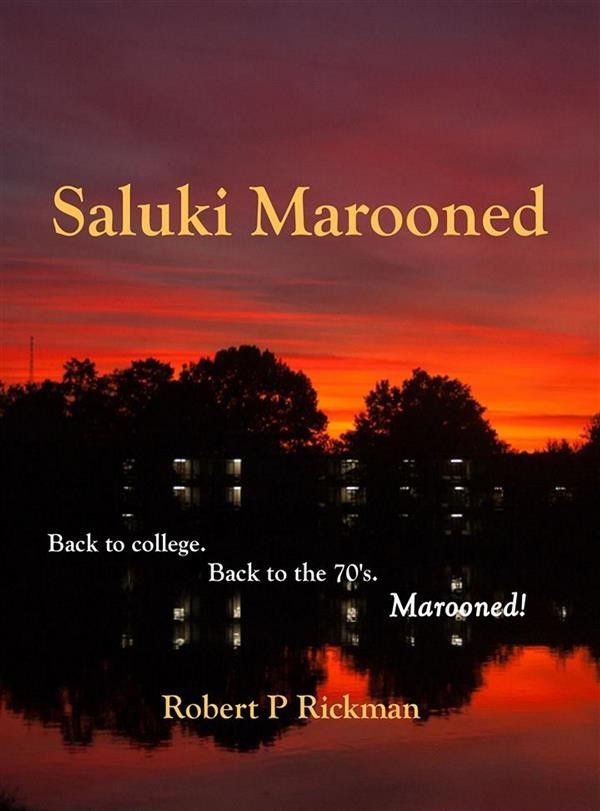 ”Marooned in his unresolved past, the nervous person cannot set a course for the future.”

Peter Federson`s life was littered with divorces, lost jobs, and failure in college, which led to a miserable tour of Vietnam, and a checkered life in the 21st century.  One day Pete realized that it was his own doing.

24-hours later, fate threw Pete backward forty years. Now he has the chance to earn a passing grade for the 20th century and promotion to the 21st.`

But a dark shadow follows him through the decades and sabotages his efforts, so Spring 1971 threatens to be a morbid echo of itself.

58-year-old Peter Federson married the wrong girl and rejected his true love.  He flunked out of college, which led to a failed army enlistment, failed jobs, and failed relationships. One day, Pete took a handful of pills and washed them down with vodka in his trashy trailer in suburban Chicago.

In a haze, Peter took a train to Carbondale, Illinois, and passed out at Southern Illinois University, where he awakened in 1971.

Peter Federson is in college again.

Now Pete can marry his true love, Catherine, pass algebra—the course that got him thrown out of college the first time and finally earn his degree.

But a malevolent algebra instructor tries to flunk him, his wife-to-be won`t let him go, a riot shakes the campus, and something within Pete doesn`t want to change.

SIU`s colors are maroon and white, and the Saluki is its mascot, but maroon has a more sinister meaning in this story, for Peter Federson is marooned in 1971—a Saluki Marooned.