From the Liberality of Aquinas to the Generosity of Tibor Machan 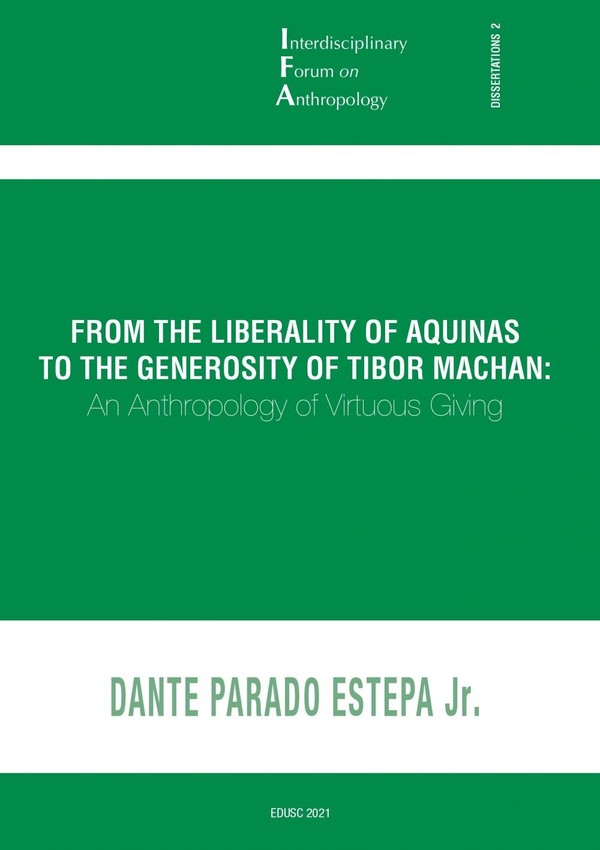 From the Liberality of Aquinas to the Generosity of Tibor Machan

Liberality, in classical reflection, refers to virtuous giving. One of the prominent philosophers who wrote about it is St. Thomas Aquinas. In the Summa Theologiae, Aquinas considers liberality as a social virtue, a potential part of justice, which suggests that it is a virtue that involves the others. His notion of liberality allows for an anthropological reflection of the virtue and allows us to have a better understanding of the human being. The purpose of this study is to examine whether the anthropological elements that we observe in the classical notion of liberality is also present in modern notion of this virtue, which we commonly known as generosity. For this reason, this book examines the notion of generosity in a contemporary author, Tibor Machan. In both Aquinas and Machan, the notion of virtuous giving points out to the relationality of the human being. The perfection of the human being involves building adequate and positive relationships with the others, which is not the same as instrumentalizing the others for his self-realization. The good of the individual and the good of the society depend on the fabric of relationships that is built, and for this reason, liberality or the ability to give is fundamental. Dante Estepa Jr., a priest of the Prelature of Opus Dei and the Holy Cross, was born in Iloilo, Philippines. He finished his graduate studies in Economics at the University of Asia and the Pacific, where he also taught undergraduate Economics while doing economic studies on different local industries. He pursued his ecclesiastical studies in philosophy and theology in the University of Navarre and then in the Pontifical University of the Holy Cross, where he obtained his doctorate in Philosophy with specialization in Ethics and Anthropology.