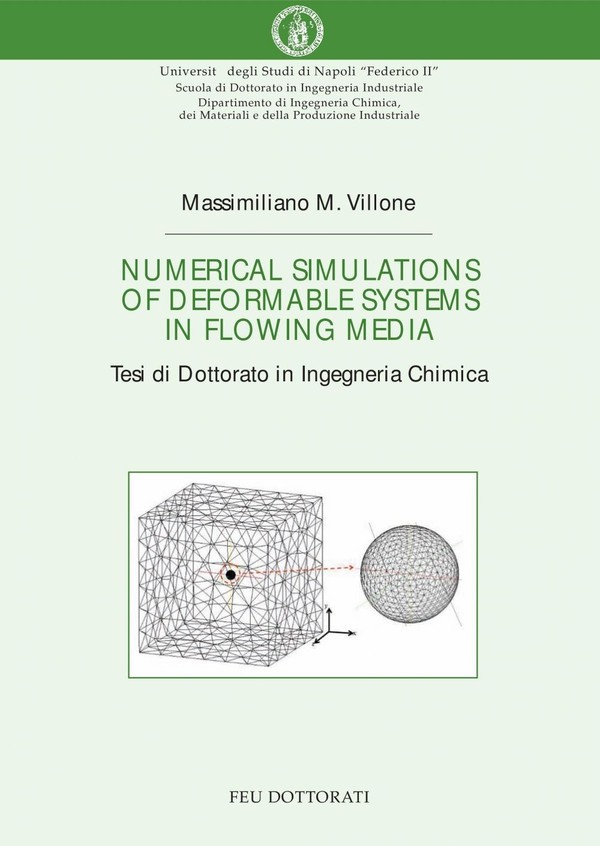 Over the last 15 years, microfluidics has gained an increasing importance. In several microfluidic systems, as cytometric, sorting and diagnostic devices, suspensions of particles flow in miniaturized channels. In such a situation, a wide range of phenomena can arise due to the deformability and the elasticity of the suspended objects, the geometry of the channels, the interactions between the objects and the walls of the flow cells, and the complexity of the suspending media. Aim of the present thesis is of developing and applying a finite element method-based code to study the dynamics of soft systems suspended in Newtonian and viscoelastic fluids under flow. The code is developed by adapting and extending an arbitrary Lagrangian Eulerian finite element method based numerical code for viscoelastic fluids using well-known stabilization techniques (SUPG, DEVSS, log-conformation), and it is validated for drops and elastic particles in unbounded shear flow by comparison with available theoretical, experimental and numerical results. Then, a single-body problem is considered: the behavior of an initially spherical elastic particle suspended in confined shear flow of a Newtonian and a Giesekus viscoelastic liquid is studied. Finally, a multi-body system is investigated: the bulk linear viscoelastic properties of monodisperse emulsions of Newtonian drops in a Newtonian matrix are computed.