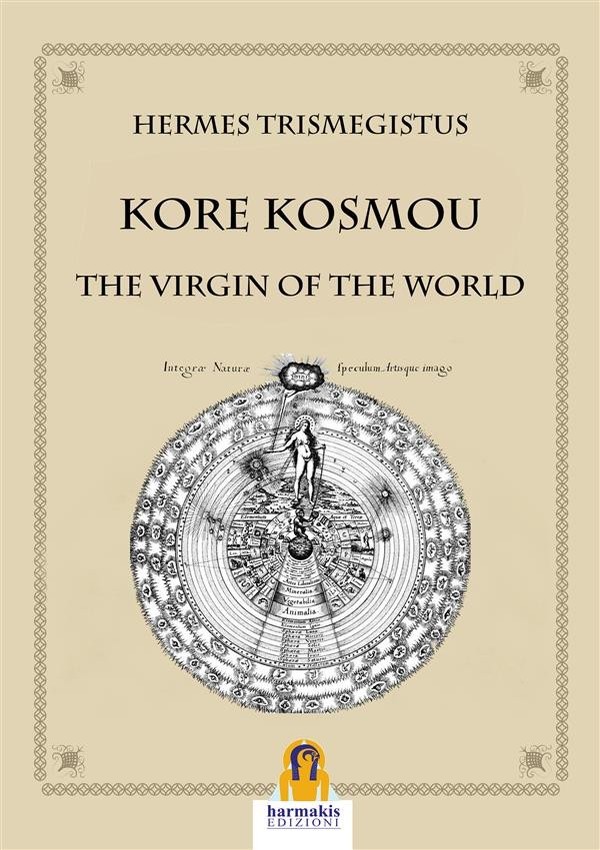 
Apparently the earliest of the Hermetic writings is the Kore Kosmou or Virgin of the World. It has more connection with the earlier mythology of Egypt than the other works, Isis and Horus are the teacher and taught; Thoth, Imhotep, and Ptah are all named; and Egypt is the happy center of all the world. As such Egyptian detail is absent from works of the first or second century BC, it would be reasonable to put the Kore Kosmou earlier. The Egyptian forms of the names of the gods imply an earlier translation than that of the other works.
What seems to stamp the period is an allusion in sect. 48, where the central land of Egypt is described as "free from trouble, ever it brings forth, adorns and educates, and only with such weapons wars on men and wins the victory, and with consummate skill, like a good satrap bestows the fruit of its own victory upon the vanquished." It would seem impossible for the allusion to the government of a satrap to be preferred by an Egyptian, except under the Persian dominion.
We must go back to the days of wise and righteous rule of Persia, 525-405 BC, to reach a possible wise satrap. It is probable that the reference is to the events of the conquest by Cambyses in 525, followed by the enlightened reign of Darius, beginning in 521, soon after which, about 518, the satrap Aryandes attacked Cyrene, and brought back much spoil into Egypt. Thus within a few years of the conquest of Egypt, a good satrap bestowed the fruits of victory upon the vanquished. This would throw the Kore Kosmou back to about 510 BC, but in any case we must, by this allusion to a satrap, date it within a century after that.