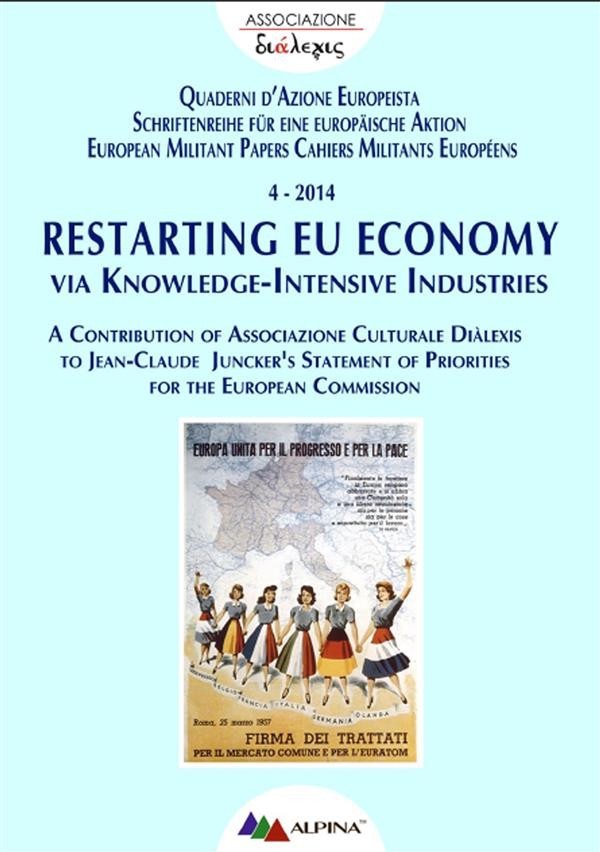 The new Parliament and the new Commission have been appointed in a moment when Europe is undergoing an unprecedented decline, which probably for the first time, shows itself in full evidence, in produces its effects on economy, society and politics. The debate under way about the new Commission and its program starts from the Resolution of the European Parliament of 12 March 2014 and the priorities set by President Candidate Drucker, indicating a central role of ICT for the future of freedom and employment in Europe. Associazione Culturale Diàlexis, an association aiming to diffuse the knowledge of Europe in the northwest of Italy, and of the North West of Italy in Europe, is participating to the open consultation launched by President Candidate Juncker in his website about his priorities. The document which we present in this Paper is the text which has been submitted to President Designate Juncker, as well as the Presidents of the Union, Tusk, the High Commissioner for Foreign and Defense Policy, Mogherini and Commissioner Öttinger. It has the ambition to become an instrument of debate in this moment of profound reflection about the future of Europe, outlining an alternative vision of Europe’s economy, rejecting both free-trade and post-marxist approaches, and trying to reevaluate traditional European economic thinkers, such as, for instance, Hilferding, Kalecki, Schumpeter, and Servan-Schreiber. Albeit taking very seriously the efforts of European Institutions to overcome outdated point of view, such as Western self-complacency and purist monetarism, the authors criticize the insufficiency also of the recent Institutions’ approach, including the limitation to ICT, the central role of Member States, the acceptance of a subordinate role vis-à-vis the US even after the DATAGATE. They propose a brand new approach, based upon the centrality of UE Institutions, an operational planning, an overall European Knowledge Intensive Industries Policy, a European Web