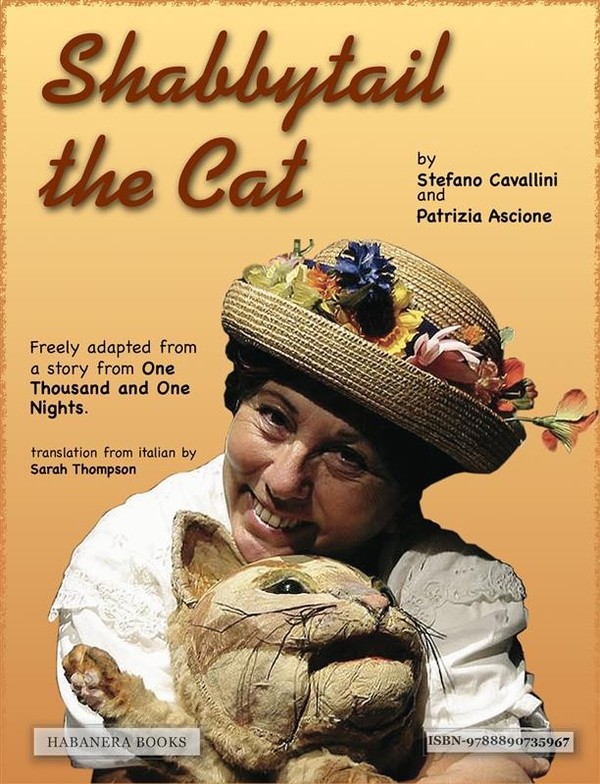 It is inspired by One Thousand and One Nights The story tells how cats became domesticated and explains why they are often overcome by their natural instinct to venture far from their warm, cosy homes. One stormy night, Shabbytail the cat goes into a wood in search of mice whose smell his grandfather had taught him to recognise in the corners of the cellar. At the end of the adventure, full of trickery and subterfuge, reason wins over instinct. The characters and settings in the story are a mouse and its house, a wood on the edge of a town, Shabbytail the cat, a porcupine, an owl and a dog. by Stefano Cavallini and Patrizia Ascione The story and images come from the show of the same name which was first performed in 2000. The success of the show has encouraged us to publish the story. The characters and scenery were made in fabric and foam rubber by Patrizia Ascione, while Stefano Cavallini wrote the story and directed the show. Habanera Teatro www.habanera.it