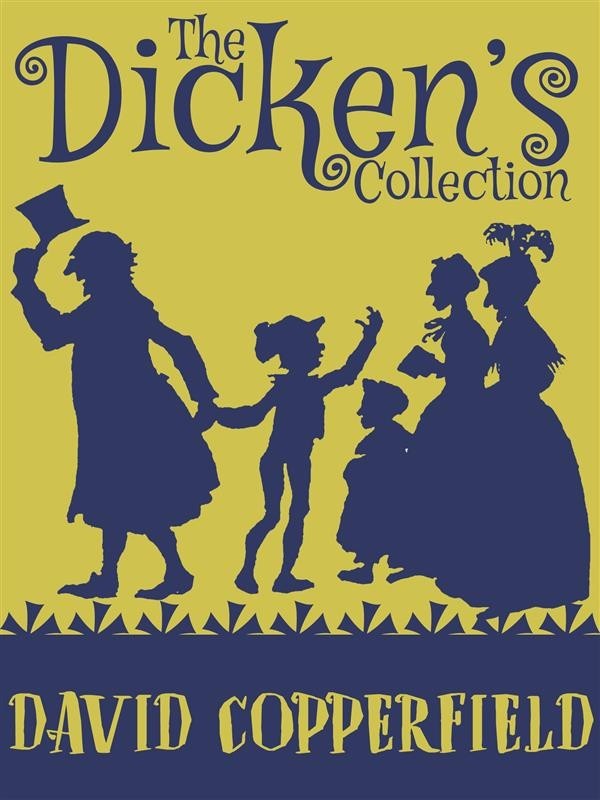 David Copperfield is the common name of the eighth novel by Charles Dickens, first published as a novel in 1850. Its full title is The Personal History, Adventures, Experience and Observation of David Copperfield the Younger of Blunderstone Rookery (Which He Never Meant to Publish on Any Account). Like most of his works, it originally appeared in serial form during the two preceding years. Many elements of the novel follow events in Dickens' own life, and it is probably the most autobiographical of his novels. In the preface to the 1867 edition, Dickens wrote, "...like many fond parents, I have in my heart of hearts a favourite child. And his name is David Copperfield."

David Copperfield is the story of a young man’s adventures on his journey from an unhappy and impoverished childhood to the discovery of his vocation as a successful novelist. Among the gloriously vivid cast of characters he encounters are his tyrannical stepfather, Mr. Murdstone; his formidable aunt, Betsey Trotwood; the eternally humble yet treacherous Uriah Heep; frivolous, enchanting Dora; and the magnificently impecunious Micawber, one of literature’s great comic creations.

In David Copperfield—the novel he described as his “favorite child”—Dickens drew revealingly on his own experiences to create one of his most exuberant and enduringly popular works, filled with tragedy and comedy in equal measure.