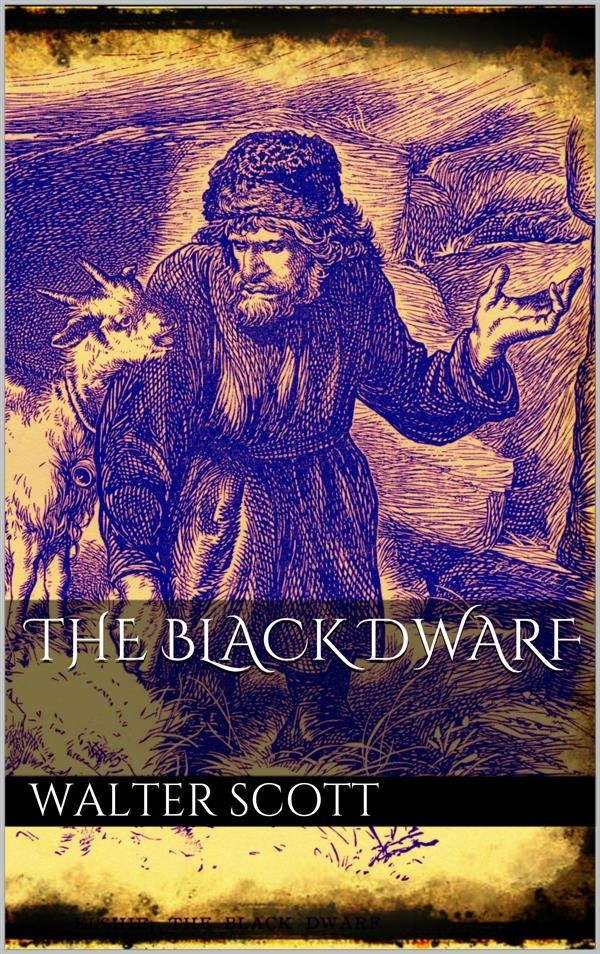 The ideal being who is here presented as residing in solitude, and haunted by a consciousness of his own deformity, and a suspicion of his being generally subjected to the scorn of his fellow-men, is not altogether imaginary. An individual existed many years since, under the author's observation, which suggested such a character. This poor unfortunate man's name was David Ritchie, a native of Tweeddale. He was the son of a labourer in the slate-quarries of Stobo, and must have been born in the misshapen form which he exhibited, though he sometimes imputed it to ill-usage when in infancy. He was bred a brush-maker at Edinburgh, and had wandered to several places, working at his trade, from all which he was chased by the disagreeable attention which his hideous singularity of form and face attracted wherever he came. The author understood him to say he had even been in Dublin.
Tired at length of being the object of shouts, laughter, and derision, David Ritchie resolved, like a deer hunted from the herd, to retreat to some wilderness, where he might have the least possible communication with the world which scoffed at him. He settled himself, with this view, upon a patch of wild moorland at the bottom of a bank on the farm of Woodhouse, in the sequestered vale of the small river Manor, in Peeblesshire. The few people who had occasion to pass that way were much surprised, and some superstitious persons a little alarmed, to see so strange a figure as Bow'd Davie (i.e. Crooked David) employed in a task, for which he seemed so totally unfit, as that of erecting a house. The cottage which he built was extremely small, but the walls, as well as those of a little garden that surrounded it, were constructed with an ambitious degree of solidity, being composed of layers of large stones and turf; and some of the corner stones were so weighty, as to puzzle the spectators how such a person as the architect could possibly have raised them.