Omens and magic of Southern India 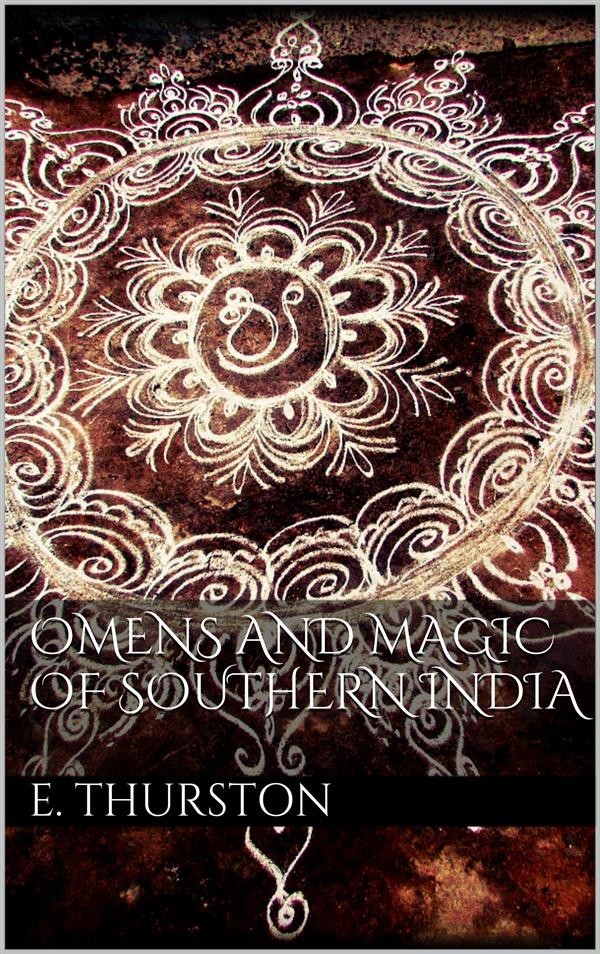 Omens and magic of Southern India

In seeking for omens, Natives consult the so-called science of omens or science of the five birds, and are guided by them. Selected omens are always included in native calendars or panchāngams.
To the quivering and throbbing of various parts of the body as omens, repeated reference is made in the Hindu classics. Thus, in Kalidāsa’s Sakuntala, King Dushyanta says: “This hermitage is tranquil, and yet my arm throbs. Whence can there be any result from this in such a place? But yet the gates of destiny are everywhere.” Again, Sakuntala says: “Alas! why does my right eye throb?” to which Gautami replies: “Child, the evil be averted. May the tutelary deities of your husband’s family confer happy prospects!” In the Raghuvamsa, the statement occurs that “the son of Paulastya, being greatly incensed, drove an arrow deep into his right arm, which was throbbing, and which, therefore, prognosticated his union with Sīta.” A quivering sensation in the right arm is supposed to indicate marriage with a beautiful woman; in the right eye some good luck.
During a marriage among the Telugu Tottiyans, who have settled in the Tamil country, a red ram without blemish is sacrificed. It is first sprinkled with water, and, if it shivers, this is considered a good omen. It is recorded, in connection with the legends of the Badagas of the Nīlgiris, that “in the heart of the Banagudi shola (grove), not far from the Doddūru group of cromlechs, is an odd little shrine to Karairāya, within which are a tiny cromlech, some sacred water-worn stones, and sundry little pottery images representing a tiger, a mounted man, and some dogs.