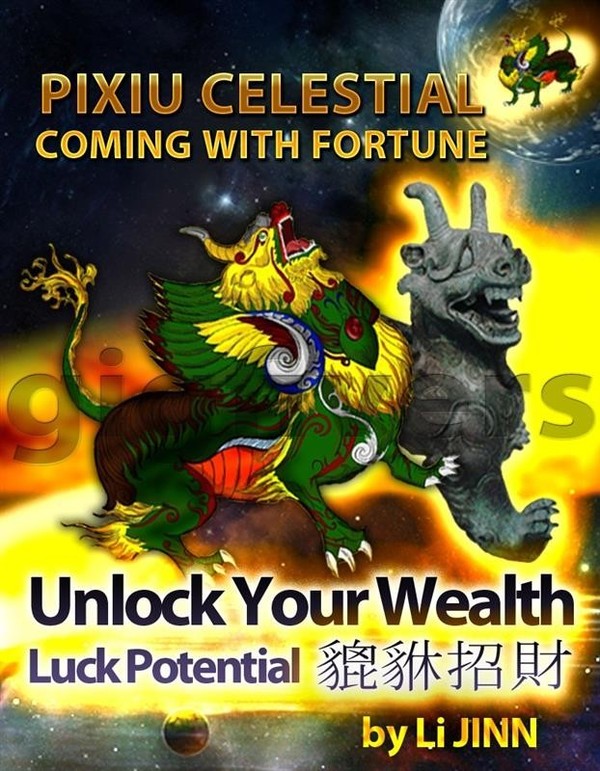 In ancient times, Emperor Wu of Han dynasty bestowed Pixiu as 「Treasure of Emperor」. Pixiu was allowed to be used only among the royal families, but forbidden for ordinary officials and folks. They were put to serve as guardian spirits for royalties and will found at royal buildings and cemeteries during the Han dynasty since the death of Qin Shi Huang Di in 210 B.C
During the Qing Dynasty , it was the most favoured celestial creature carved to Emperor Qian Long ‘s delight and the Emperor would have every favourite piece of jades or important seal carved with the image of the Pi Xiu as an authoritarian symbols for his high ranked officials
Until the Qing Dynasty ,the royalties are the only group of people blessed with such entitlement to use them and all for some special reasons and this secret practice has been passed down over generations since thousand of years and was a very much kept secret traditional practice until the implementation of “China Open Door Economy Policy ” in early fifties.
But why has this mythical creature been selected for such majestic role .What are its mythical powers .
Why was Pi Xiu ‘s Images and painting been used for royalties seal and on army flags representing past grand majestic armies of early historical China dynasties. What are its Mighty Power !
During the early fifties in China ,It was rumoured that the Soong family has also a White Jade Pi Xiu , which was a unique piece formerly owned by a Qin Dynasty emperor that has brought on immerse wealth luck to this family that their three daughters were all married to three of the most Powerful men in China .
Pi Xiu can be traced back to early Han period as probably in the beginning of Han dynasty, a book titled "Shi Zhou Ji" written by author Dong Fang Shuo was said to be recording all kinds of rare treasures and unknown creatures with mystical tales of strange creatures during the reign of Emperor Wu of Han dynasty (140~87 B.C). The book was recorded during Han dynasty with subject written about「Bixie- Pi Xiu 」- with its content mentioning 「Bixie」, eliminates evils".
The descriptions of Pi xiu have varied throughout the ages possibly because people have intermixed both Pi Xiu and Bixie together but the origin of Pi Xiu's (Tian Lu) status as a symbol of the acquisition and preservation of wealth has much been appreciated until today
The belief in this mystical creature started as early as the Western Han Dynasty. While it is known now to have only one horn, ancient Bi Xie are found to have two horns sometimes. It is said to devour gold and silver , hence it is a wonderful wealth attracting mystic to have at home. It is also believed the creature can absorb evil and protect its owner .