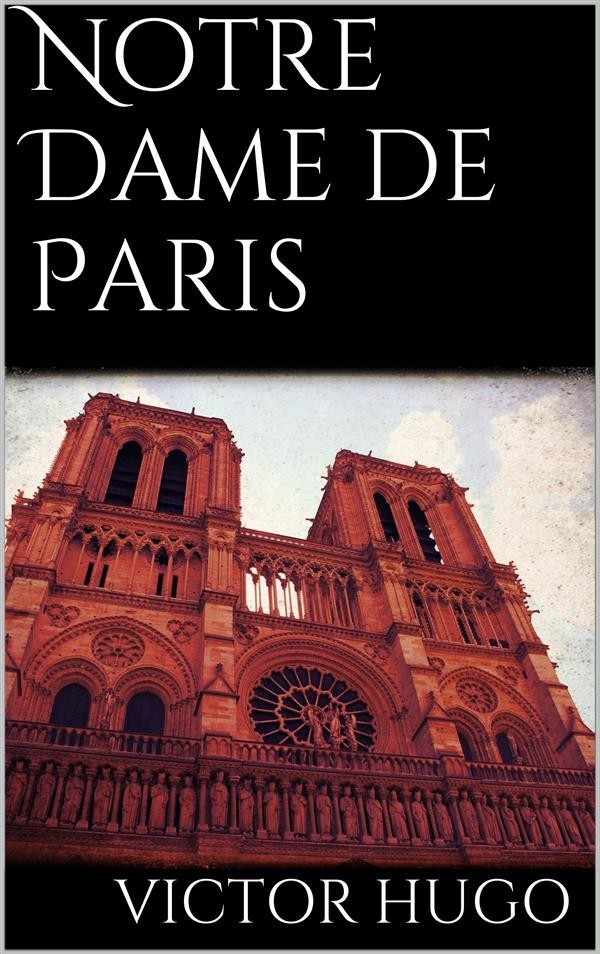 A few years ago, while visiting or, rather, rummaging about Notre-Dame, the author of this book found, in an obscure nook of one of the towers, the following word, engraved by hand upon the wall:—
ANArKH.

These Greek capitals, black with age, and quite deeply graven in the stone, with I know not what signs peculiar to Gothic caligraphy imprinted upon their forms and upon their attitudes, as though with the purpose of revealing that it had been a hand of the Middle Ages which had inscribed them there, and especially the fatal and melancholy meaning contained in them, struck the author deeply.
He questioned himself; he sought to divine who could have been that soul in torment which had not been willing to quit this world without leaving this stigma of crime or unhappiness upon the brow of the ancient church.
Afterwards, the wall was whitewashed or scraped down, I know not which, and the inscription disappeared. For it is thus that people have been in the habit of proceeding with the marvellous churches of the Middle Ages for the last two hundred years. Mutilations come to them from every quarter, from within as well as from without. The priest whitewashes them, the archdeacon scrapes them down; then the populace arrives and demolishes them.
Thus, with the exception of the fragile memory which the author of this book here consecrates to it, there remains today nothing whatever of the mysterious word engraved within the gloomy tower of Notre Dame,—nothing of the destiny which it so sadly summed up. The man who wrote that word upon the wall disappeared from the midst of the generations of man many centuries ago; the word, in its turn, has been effaced from the wall of the church; the church will, perhaps, itself soon disappear from the face of the earth.
It is upon this word that this book is founded.