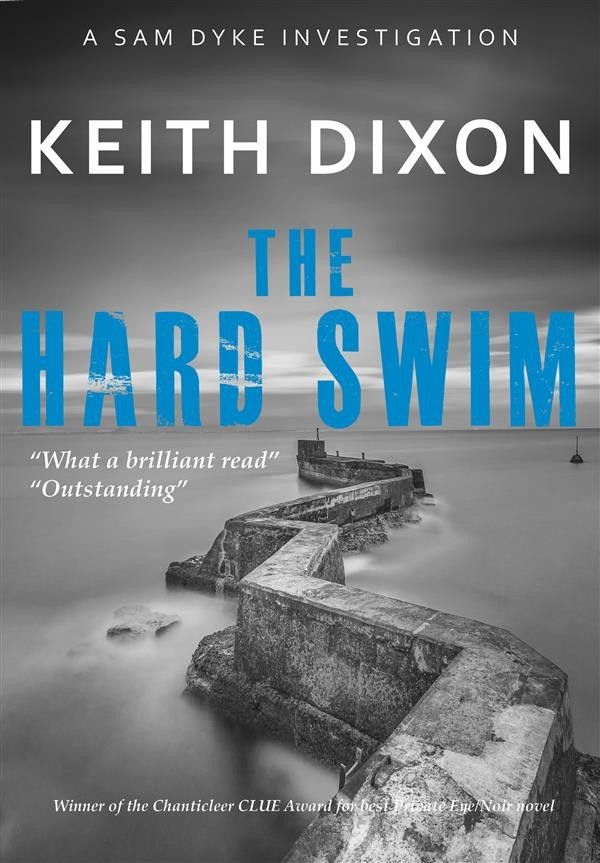 FEBRUARY 1942: The Struma, a broken-down steamer, explodes and sinks in the Black Sea, drowning 768 Rumanian Jews fleeing the Nazis and heading for Palestine, and safety.

JUNE 1944: Thirty-one SAS soldiers are captured behind enemy lines and are forced to dig their own graves before being shot and buried in a forest in the heart of France.

SEVENTY YEARS LATER: A young woman is attacked in the grounds of Edinburgh Zoo – the attacker seeking the document that might link these two wartime events.

Set in Scotland, Britain and central France, The Hard Swim is the third in the Sam Dyke Investigations series.

Sam is a private investigator from a working-class environment who usually runs investigations amongst the wealthy and privileged of the Cheshire set—those whose morals and levels of discretion are offensive to him and contradict his own values, forged in a strong family environment. The mysteries he unravels become personal crusades against entitlement, wealth and the abuse of power. Like Philip Marlowe and Sam Spade he has a clear view of what the world is actually like, but he nevertheless wants evil-doers set straight and will do what he can to help.

In The Hard Swim Sam becomes involved in unravelling a mystery that dates back to the Second World War. While concluding another case, he rescues a woman who is on the point of being abducted and, for all he knows, murdered. He takes charge and helps the woman, Chantal Bressette, escape, subsequently learning that she’s carrying a document that has importance to a group of powerful people. Chantal’s abduction is a crime he can’t ignore, especially when people subsequently involved in the case are murdered and his own loved ones are threatened.

The document the woman holds is a coded diary written by a French Resistance fighter in the Second World War, but also contains information implicating the British Government in the sinking of a ship carrying over 700 Jewish refugees to Palestine. Now the descendant of a key player in that action has let loose a team of ex-army killers to recover the information before it can be made public.
Sam Dyke is the only person who can stop them.

Based on true events, and with action ranging from bustling Edinburgh through to a quiet village in the centre of France, The Hard Swim pits Sam Dyke against his toughest opponents yet—an experienced team of killers backed by a ruthless MP about to ascend to one of the great roles of State.