On The Generation And Corruption 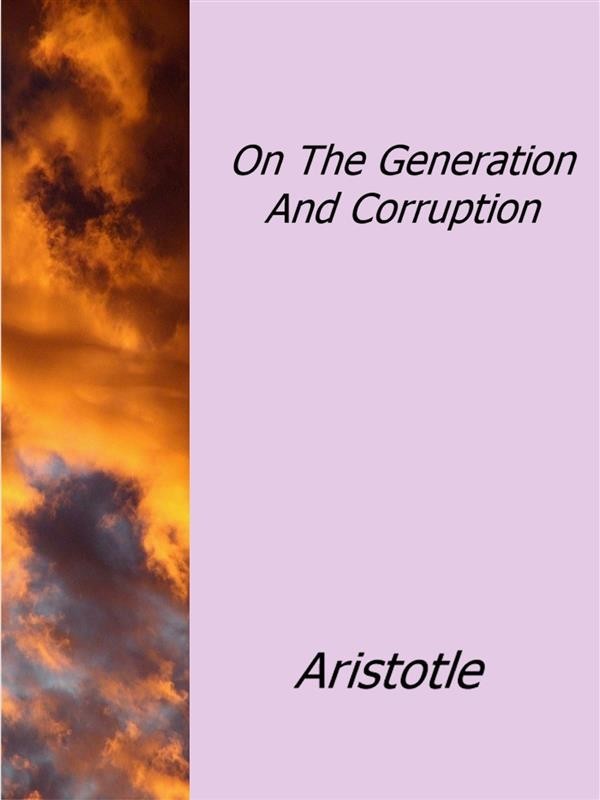 On The Generation And Corruption

On Generation and Corruption, also known as On Coming to Be and Passing Away, is a treatise by Aristotle. Like many of his texts, it is both scientific and philosophic (although not necessarily scientific in the modern sense). The philosophy, though, is essentially empirical; as in all Aristotle's works, the deductions made about the unexperienced and unobservable are based on observations and real experiences.
The question raised at the beginning of the text builds on an idea from Aristotle's earlier work The Physics. Namely, whether things come into being through causes, through some prime material, or whether everything is generated purely through "alteration."
Alteration concerned itself with the ability for elements to change based on common and uncommon qualities.
From this important work Aristotle gives us two of his most remembered contributions. First, the Four Causes and also the Four Elements (earth, wind, fire and water). He uses these four elements to provide an explanation for the theories of other Greeks concerning atoms, an idea Aristotle considered absurd.