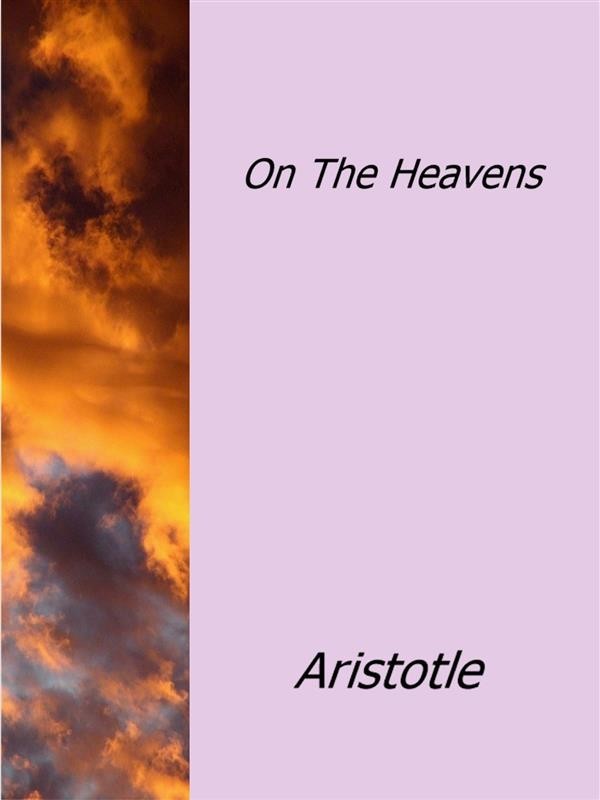 On the Heavens is Aristotle's chief cosmological treatise: written in 350 BC it contains his astronomical theory and his ideas on the concrete workings of the terrestrial world. It should not be confused with the spurious work On the Universe .
According to Aristotle in On the Heavens, the heavenly bodies are the most perfect realities, (or "substances"), whose motions are ruled by principles other than those of bodies in the sublunary sphere. The latter are composed of one or all of the four classical elements (earth, water, air, fire) and are perishable; but the matter of which the heavens are made is imperishable aether, so they are not subject to generation and corruption. Hence their motions are eternal and perfect, and the perfect motion is the circular one, which, unlike the earthly up-and down-ward locomotions, can last eternally selfsame. As substances, celestial bodies have matter (aether) and form (a given period of uniform rotation). Sometimes Aristotle seems to regard them as living beings with a rational soul as their form . This work is significant as one of the defining pillars of the Aristotelian worldview, a school of philosophy that dominated intellectual thinking for almost two millennia. Similarly, this work and others by Aristotle were important seminal works by which much of scholasticism was derived.