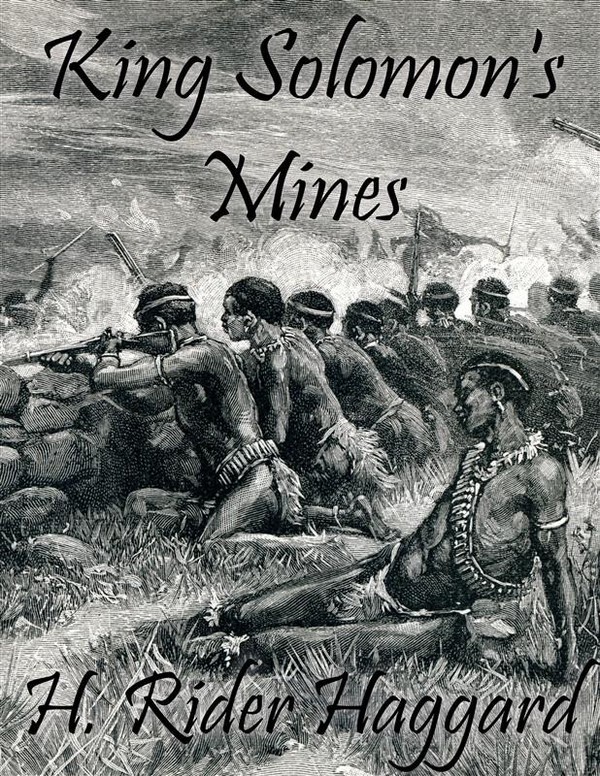 This is a popular novel by the Victorian adventure writer and fabulist Sir H. Rider Haggard. It tells of a search of an unexplored region of Africa by a group of adventurers led by Allan Quatermain for the missing brother of one of the party. It is the first English adventure novel set in Africa, and is considered to be the genesis of the Lost World literary genre.

"I can only say that it does not pretend to be a full account of everything we did and saw. There are many things connected with our journey into Kukuanaland that I should have liked to dwell upon at length, which, as it is, have been scarcely alluded to.

Amongst these are the curious legends which I collected about the chain armour that saved us from destruction in the great battle of Loo, and also about the "Silent Ones" or Colossi at the mouth of the stalactite cave. Again, if I had given way to my own impulses, I should have wished to go into the differences, some of which are to my mind very suggestive, between the Zulu and Kukuana dialects. Also a few pages might have been given up profitably to the consideration of the indigenous flora and fauna of Kukuanaland.