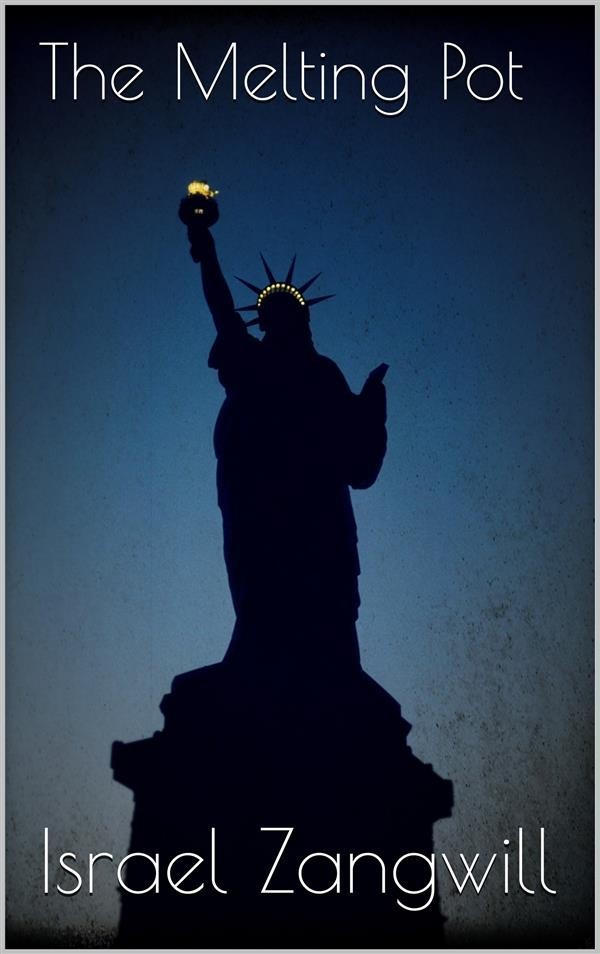 The Melting Pot is the third of the writer's plays to be published in book form, though the first of the three in order of composition. But unlike The War God and The Next Religion, which are dramatisations of the spiritual duels of our time, The Melting Pot sprang directly from the author's concrete experience as President of the Emigration Regulation Department of the Jewish Territorial Organisation, which, founded shortly after the great massacres of Jews in Russia, will soon have fostered the settlement of ten thousand Russian Jews in the West of the United States.
"Romantic claptrap," wrote Mr. A. B. Walkley in the Times of "this rhapsodising over music and crucibles and statues of Liberty." As if these things were not the homeliest of realities, and rhapsodising the natural response to them of the Russo-Jewish psychology, incurably optimist. The statue of Liberty is a large visible object at the mouth of New York harbour; the crucible, if visible only to the eye of imagination like the inner reality of the sunrise to the eye of Blake, is none the less a roaring and flaming actuality.