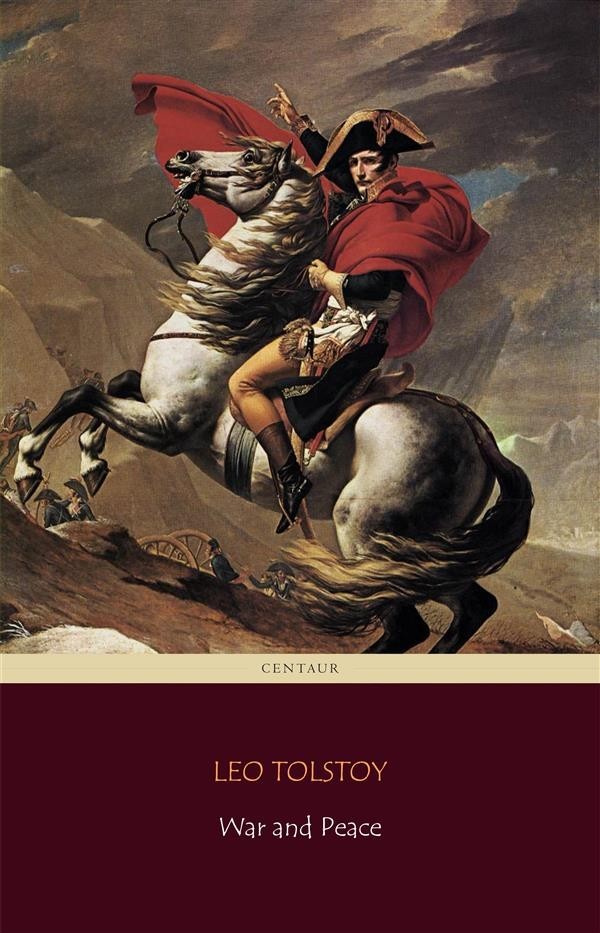 "The last word of the landlord's literature and the brilliant one at that." —Fyodor Dostoyevsky
"The best ever Russian historical novel." —Nikolai Leskov
"One of the most remarkable books of our age." —Ivan Turgenev
"This is the first class work!… This is powerful, very powerful indeed." —Gustave Flaubert
"The best novel that had ever been written." —John Galsworthy
"This work, like life itself, has no beginning, no end. It is life itself in its eternal movement." —Romain Rolland
"The greatest ever war novel in the history of literature." —Thomas Mann
"There remains the greatest of all novelists — for what else can we call the author of ‘War and Peace’?" —Virginia Woolf
"Tolstoy is the greatest Russian writer of prose fiction." —Vladimir Nabokov

Tolstoy's epic masterpiece intertwines the lives of private and public individuals during the time of the Napoleonic wars and the French invasion of Russia. The fortunes of the Rostovs and the Bolkonskys, of Pierre, Natasha, and Andrei, are intimately connected with the national history that is played out in parallel with their lives. Balls and soirées alternate with councils of war and the machinations of statesmen and generals, scenes of violent battles with everyday human passions in a work whose extraordinary imaginative power has never been surpassed. The prodigious cast of characters, both great and small, seem to act and move as if connected by threads of destiny as the novel relentlessly questions ideas of free will, fate, and providence. Yet Tolstoy's portrayal of marital relations and scenes of domesticity is as truthful and poignant as the grand themes that underlie them.