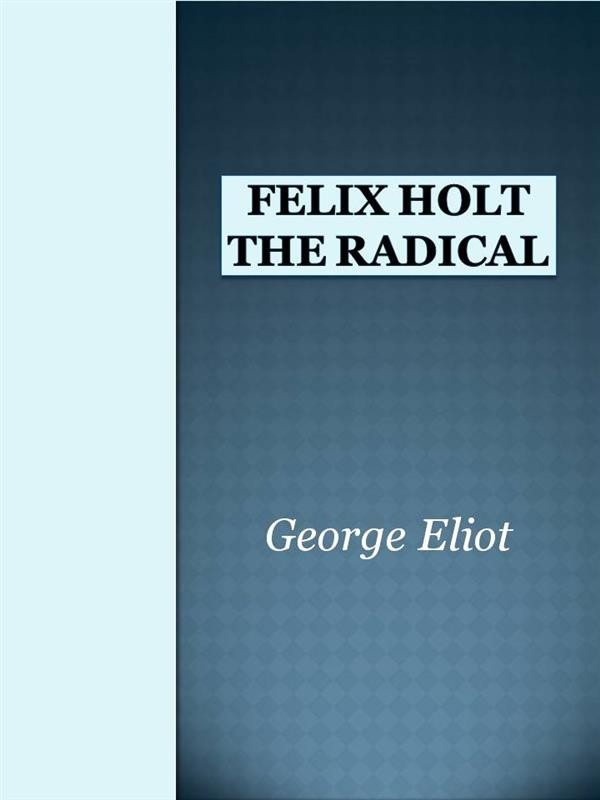 Felix Holt, the Radical (1866) is a social novel written by George Eliot about political disputes in a small English town at the time of the First Reform Act of 1832Set during the time of the Reform Act of 1832, the story centres on an election contested by Harold Transome, a local landowner, in the "Radical cause" ("Radical" because Transome's version of "radicalism" isn't radical at all, but rather an application of the term to his politically stagnate lifestyle), contrary to his family's Tory traditions. Contrasting with the opportunism of Transome is the sincere, but opinionated, Radical Felix Holt. A subplot concerns the stepdaughter of a Dissenting minister who is the true heir to the Transome estate, but who is unaware of the fact. She becomes the object of the affections of both Harold Transome and Felix Holt..