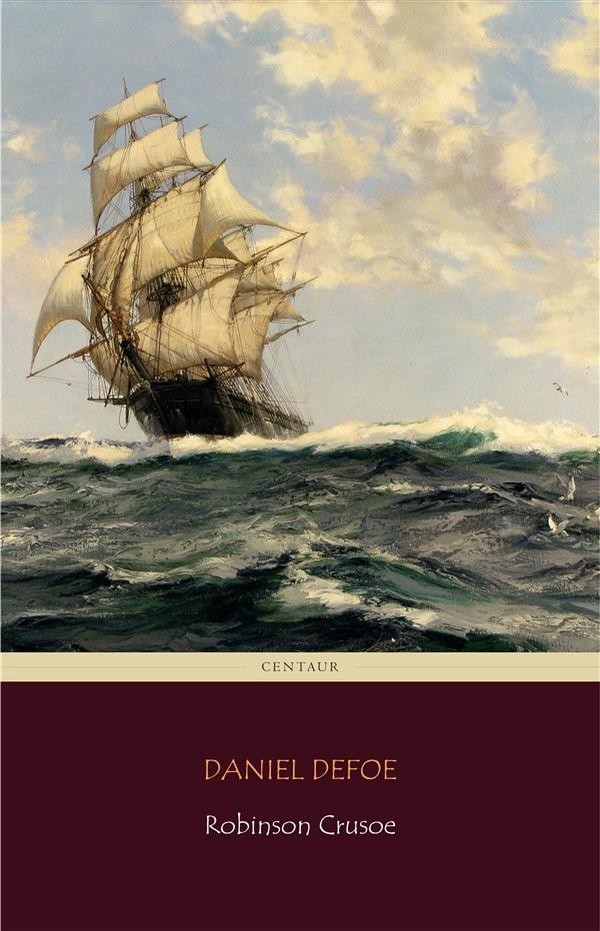 "Among the few English novels which we can call indisputably great." —Virginia Woolf "Crusoe himself is a representative of humanity in general; neither his intellectual nor his moral qualities set him above the middle degree of mankind; his only prominent characteristic is the spirit of enterprise of wandering, which is, nevertheless, a very common disposition. You will observe that all that is wonderful in this tale is the result of external circumstances — of things which fortune brings to Crusoe’s hand." —Samuel Taylor Coleridge "The whole Anglo-Saxon spirit is in Crusoe: the manly independence; the unconscious cruelty; the persistence; the slow yet efficient intelligence; the sexual apathy; the practical, well-balanced religiousness; the calculating taciturnity." —James Joyce “'Robinson Crusoe' is the one book that teaches all that books can teach." —Jean-Jacques Rousseau Fleeing from pirates, Robinson Crusoe is swept ashore in a storm possessing only a knife, a box of tobacco, a pipe-and the will to survive. His is the saga of a man alone: a man who overcomes self-pity and despair to reconstruct his life; who painstakingly teaches himself how to fashion a pot, bake bread, build a canoe; and who, after twenty-four agonizing years of solitude, discovers a human footprint in the sand... Consistently popular since its first publication in 1719, Daniel Defoe’s story of human endurance in an exotic, faraway land exerts a timeless appeal. The first important English novel, “Robinson Crusoe” has taken its rightful place among the great myths of Western civilization.